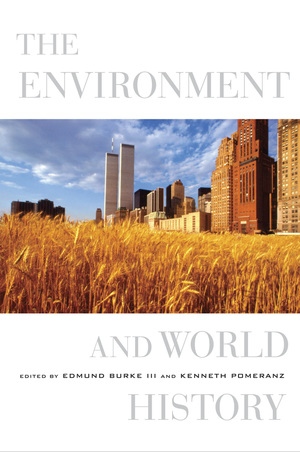 The Environment and World History

Since around 1500 C.E., humans have shaped the global environment in ways that were previously unimaginable. Bringing together leading environmental historians and world historians, this book offers an overview of global environmental history throughout this remarkable 500-year period. In eleven essays, the contributors examine the connections between environmental change and other major topics of early modern and modern world history: population growth, commercialization, imperialism, industrialization, the fossil fuel revolution, and more. Rather than attributing environmental change largely to European science, technology, and capitalism, the essays illuminate a series of culturally distinctive, yet often parallel developments arising in many parts of the world, leading to intensified exploitation of land and water.

The wide range of regional studies—including some in Russia, China, the Middle East, India, Southeast Asia, Latin America, Southern Africa, and Western Europe—together with the book's broader thematic essays makes The Environment and World History ideal for courses that seek to incorporate the environment and environmental change more fully into a truly integrative understanding of world history.

Edmund Burke III is Professor, Presidental Chair, and Director of the Center for World History at the University of California, Santa Cruz, and coeditor, with David N. Yaghoubian, of Struggle and Survival in the Modern Middle East (second editon, UC Press). Kenneth Pomeranz is Chancellor's Professor of History at the University of California, Irvine, and author of The Great Divergence, among other books.

“A collection of articles dealing with various environmental subjects covering different parts of the world. This book provides exactly this.”—Canadian Journal Of History

"This collection makes a valuable contribution to the literature. The essays have broad themes and impressive historical sweep. The Burke and Pomeranz volume will find a place on the bookshelf of every environmental historian who teaches the increasingly prevalent survey of world environmental history."—James L.A. Webb, Jr., author of Humanity's Burden: A Global History of Malaria