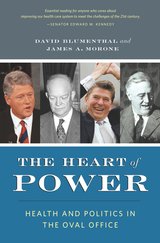 The Heart of Power Health and Politics in the Oval Office

Even the most powerful men in the world are human—they get sick, take dubious drugs, drink too much, contemplate suicide, fret about ailing parents, and bury people they love. Young Richard Nixon watched two brothers die of tuberculosis, even while doctors monitored a suspicious shadow on his own lungs. John Kennedy received last rites four times as an adult, and Lyndon Johnson suffered a "belly buster" of a heart attack. David Blumenthal and James A. Morone explore how modern presidents have wrestled with their own mortality—and how they have taken this most human experience to heart as they faced the difficult politics of health care. Drawing on a trove of newly released White House tapes, on extensive interviews with White House staff, and on dramatic archival material that has only recently come to light, The Heart of Power explores the hidden ways in which presidents shape our destinies through their own experiences. Taking a close look at Franklin D. Roosevelt, Harry S. Truman, Dwight Eisenhower, John Kennedy, Lyndon B. Johnson, Richard Nixon, Jimmy Carter, Ronald Reagan, George Herbert Walker Bush, Bill Clinton, and George W. Bush, the book shows what history can teach us as we confront the health care challenges of the twenty-first century.

David Blumenthal was until recently the Samuel O. Thier Professor of Medicine and Professor of Health Policy at Harvard Medical School and a physician at Massachusetts General Hospital. He has advised Democratic presidential candidates from Michael Dukakis to Barack Obama, and now works on health issues for the Obama Administration. James A. Morone is Professor and Chair of Political Science at Brown University and the author of Hellfire Nation and The Democratic Wish, a New York Times Notable Book and winner of the Gladys Kammerer Award of the American Political Science Association.

“The authors offer evenhanded critiques and conclude with lessons for future chief executives about the importance of political savvy, economic flexibility and popular appeal in determining the success of health-care initiatives. More than an excellent primer on American health policy, the book offers a thorough, incisive look at the presidency as an institution and the men who have occupied the office.”—Publishers Weekly

“An engrossing and brilliantly written analysis of political institutions and national leaders, whose humanity—strengths and flaws—illuminates the narrative. Health reform is as hard as it gets—a demanding test of presidential leadership. I didn’t want this book to end, and indeed, it has not. The Obama administration is writing a new chapter right now and appears to have learned many of the vital lessons of prior presidencies as it dances with Congress to frame health reform. The Heart of Power is a masterpiece and a valuable primer for future presidents as they wrestle with the dragon of health reform.”—Jeff Goldsmith Health Affairs

"David Blumenthal and James Morone break new ground in our understanding of health policymaking in the White House, notably the tie between presidential policy actions and the personal medical problems that have faced each of our Presidents since Franklin D. Roosevelt. Once again, the nation faces the urgent need for health reform, and Heart of Power is essential reading for anyone who cares about improving our health care system to meet the challenges of the 21st century."—Senator Edward M. Kennedy

"A fascinating story of personalities, politics, and pratfalls of the presidents in their shaping of American healthcare. Written with deep insight and fluid prose, this unique contribution from a physician and an historian is a must read for all who wish to understand how we arrived at our current system and what is needed to advance it."—Jerome Groopman, M.D., author of How Doctors Think

"A revelation! This creative and compulsively readable book offers a genuinely new approach to the problem of leadership in large causes. Instructive in many ways, The Heart of Power is a moving testament to the power of the heart, in high places.”—David Hackett Fischer, Brandeis University

2. harry s. truman
We’ll Take the Starch Out of Them—Eventually / 57

4. john f. kennedy
The Charismatic with a Stricken Father / 131

5. lyndon b. johnson
The Secret History of Medicare / 163

6. richard nixon
A Flower That Bloomed Only in the Dark / 206 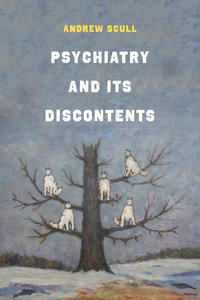 Psychiatry and Its Discontents