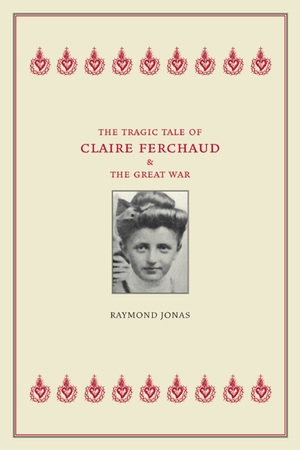 This is the moving and improbable story of Claire Ferchaud, a young French shepherdess who had visions of Jesus and gained national fame as a modern-day Joan of Arc at the height of World War I. Claire experienced her first vision after a childhood trauma in which her mother locked her in a closet to break her stubborn willfulness. She developed her visionary gifts with the aid of spiritual directors and, by the age of twenty, she had come to believe that Jesus wanted France consecrated to the Sacred Heart. Claire believed that if France undertook this devotion, symbolized by adding the image of the Sacred Heart to the French flag, it would enjoy rapid victory in the war. From her modest origins to her spectacular ascent, Claire's life and times are deftly related with literary verve and insight in a book that gives a rare view of the French countryside during the Great War.

“This is an exceptionally moving story of the French people during World War I. Raymond Jonas describes the visions of a young peasant woman and the ways in which they catapulted her to local and then national fame. The story is so well told it is almost impossible to put down, and one is amazed at the combination of narrative power and scholarship. A deep pleasure to read”—Bonnie G. Smith, author of The Gender of History: Men, Women, and Historical Practice

“This book makes an important contribution to our understanding of spirituality and religion in the modern world. It is especially fine in demonstrating the multiple ways in which gender, religion, and politics have been intertwined in France.”—Judith Stone, author of Sons of the Revolution: Reform Legislation in France, 1890-1914

The Great War in the European Imagination
Miracle or “Miracle?”
Carnal Vision and Saintly Ambition
Spiritual Patronage and a Mission to Save France
Silent Eruptions: Claire and Her Public
In the Footsteps of Joan
A Kind of Apotheosis: Claire Goes to Paris
The Sacred Heart and the Union Sacrée: Claire’s Story Goes Public
Consecration by Proxy
The Unraveling
The Unmaking of a Saint
Prologue as Epilogue: The Story of Jonas 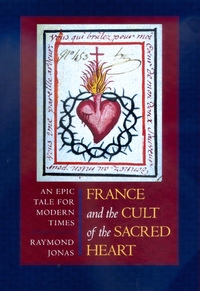 France and the Cult of the Sacred Heart