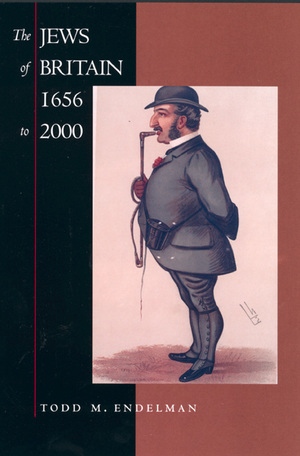 In Todd Endelman's spare and elegant narrative, the history of British Jewry in the modern period is characterized by a curious mixture of prominence and inconspicuousness. British Jews have been central to the unfolding of key political events of the modern period, especially the establishment of the State of Israel, but inconspicuous in shaping the character and outlook of modern Jewry. Their story, less dramatic perhaps than that of other Jewish communities, is no less deserving of this comprehensive and finely balanced analytical account.

Even though Jews were never completely absent from Britain after the expulsion of 1290, it was not until the mid- seventeenth century that a permanent community took root. Endelman devotes chapters to the resettlement; to the integration and acculturation that took place, more intensively than in other European states, during the eighteenth century; to the remarkable economic transformation of Anglo-Jewry between 1800 and 1870; to the tide of immigration from Eastern Europe between 1870 and 1914 and the emergence of unprecedented hostility to Jews; to the effects of World War I and the turbulent events up to and including the Holocaust; and to the contradictory currents propelling Jewish life in Britain from 1948 to the end of the twentieth century. We discover not only the many ways in which the Anglo-Jewish experience was unique but also what it had in common with those of other Western Jewish communities.

"Elegantly crafted, studded with carefully balanced and shrewd judgments, and brimming with original and intelligent observations."—David B. Ruderman, author of Jewish Enlightenment in an English Key