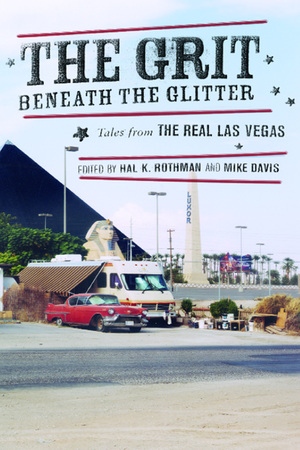 The Grit Beneath the Glitter Tales from the Real Las Vegas

Jay Brigham is a staff historian with Morgan Angel Associates in Washington, D.C.

Jon Christensen is a freelance investigative reporter and writer based in Carson City, Nevada.

Mike Davis is professor of history at the State University of New York, Stony Brook, and the author of Ecology of Fear: Los Angeles and the Imagination of Disaster.

Constance Devereaux is a freelance writer and artist in Southern California.

Brian Frehner is completing his doctoral degree at the University of Oklahoma.

Peter Goin is professor of art at the University of Nevada, Reno.

Joanne L. Goodwin is associate professor of history at the University of Nevada, Las Vegas.

Kathryn Hausbeck is assistant professor of sociology at the University of Nevada, Las Vegas.

Norman M. Klein teaches at the California Institute of the Arts, Los Angeles.

Shannon McMackin is a native of Las Vegas.

Francisco Menendez is associate professor of film and the director of film studies at the University of Nevada, Las Vegas.

Kit Miller is a freelance writer and photographer in Carson City, Nevada.

Richard Misrach is a professional photographer in Emeryville, California.

Eugene Moehring is professor of history at the University of Nevada, Las Vegas.

Robert E. Parker is professor of sociology at the University of Nevada, Las Vegas.

Hal Rothman is professor of history at the University of Nevada, Las Vegas, and the author of Devil's Bargains: Tourism in the Twentieth-Century American West and Neon Metropolis: How Las Vegas Started the Twenty-first Century.

William N. Thompson is professor of public administration at the University of Nevada, Las Vegas.

Amie Williams is a filmmaker and the principal of Balmaiden Films.

The Grit Beneath the Glitter is the first real look at the new Las Vegas from the inside. In it, long-time residents as well as professionals reflect on the transformation of one of the fastest-growing and most famous cities on earth, yet one about which relatively little is known. They offer a lively and compelling portrait of the other side of Las Vegas: the people and institutions that support the glitter of the gaming and entertainment industry. Examining a range of topics--from the city's commercial history, labor conditions, and environmental problems to an analysis of the famous lights of the Strip--the contributors uncover the contradictions between the illusion and the reality of the city, the seam between fantasy and the life it masks. The essays in this collection explore the world that employees experience when they enter gaming palaces from an employee entrance in a back parking lot rather than through the scripted doors of casino/hotel palaces. They take readers into the neighborhoods where 1.4 million Americans now live, attend school, eat dinner, and go to work.

Hal Rothman is Professor of History at the University of Nevada, Las Vegas. Among his books are Devil's Bargains (1998), The Greening of a Nation? (1998), and Neon Metropolis: How Las Vegas Started the 21st Century (due out in 2002). Mike Davis is Professor of History at the State University of New York, Stony Brook. He is the author of City of Quartz (1992) and Ecology of Fear (1998), among other books.

"Rothman and Davis have given us not only the gritty, often ugly reality behind the nation's brightest lights but also the touching human drama that is the essence of our most emblematic and enigmatic city. From the grind joints of Glitter Gulch to the mammoth theme hotels of the twenty-first-century Strip, this collection blends marvelously the best old-fashioned scholarship and investigative reporting with the finest postmodern literary sensibility and journalism. To understand the new West, and thus the new century's America, begin here."—Sally Denton and Roger Morris, authors of The Money and the Power: The Making of Las Vegas and Its Hold on America, 1947-2000

"Like rabbits mesmerized by a snake, cultural critics have been locked onto the public spectacle of Las Vegas for so long they've taken its facades for its entirety. But what is now surely the greatest show on earth is in every sense of the word a production. That production requires extraordinary natural resources and the grueling labor offstage of producers-hotel maids, construction workers-and as a byproduct has generated a vast city that says far more about the scary state of things than all the sequins on all the nipples on the strip. Grit Beneath the Glitter gets that picture whole, in an exhilarating, unsettling way."—Rebecca Solnit, author of Hollow City: The Siege of San Francisco and the Crisis of American Urbanism and Savage Dreams: A Journey into the Landscape Wars of the American West


"Most of us have ideas about Las Vegas. (In 1999 it surpassed Mecca as the world's top tourist attraction.) But what is it like to live there, to work there? How long can it keep reshaping itself and what does its example mean for the future? In this book, artists, critics, and scholars, all with an intimate knowledge of the place, combine forces to explain this latest version of the American dream, compelling the attention of anyone interested in what the urban future holds. Their insights will amaze you."—Carol A. O'Connor, co-editor of The Oxford History of the American West

"There is no other book about Las Vegas, that 'playground of paradox,' as entertaining or fascinating as this. In puzzling over whether Las Vegas is a place of 'resounding ordinariness' or 'the latest in American dream capitals,' the contributors to this volume serve up a veritable banquet of delicious mind-food, one delicious entree following another. Bravo!"—Dennis R. Judd, co-author of The Tourist City
Read More >

Introduction: The Many Faces of Las Vegas
Hal Rothman and Mike Davis

Part III: Voices
"Squeezing the Juice Out of Las Vegas": Reflections On Growing Up in Smalltown, USA
Brian Frehner
I Didn’t Know Anybody Lived There
Shannon McMackin
How I Became a Native
William N. Thompson
Inside the Glitter: Lives of Casino Workers
Kit Miller 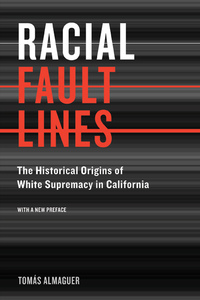 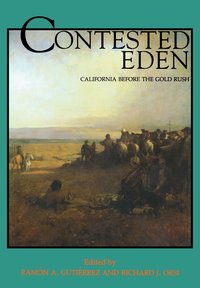