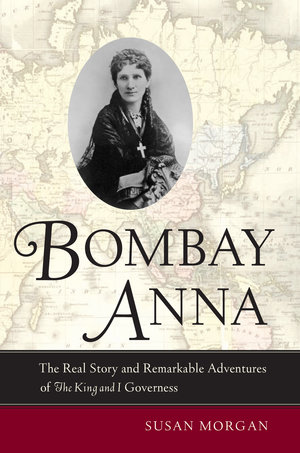 If you thought you knew the story of Anna in The King and I, think again. As this riveting biography shows, the real life of Anna Leonowens was far more fascinating than the beloved story of the Victorian governess who went to work for the King of Siam. To write this definitive account, Susan Morgan traveled around the globe and discovered new information that has eluded researchers for years. Anna was born a poor, mixed-race army brat in India, and what followed is an extraordinary nineteenth-century story of savvy self-invention, wild adventure, and far-reaching influence. At a time when most women stayed at home, Anna Leonowens traveled all over the world, witnessed some of the most fascinating events of the Age of Empire, and became a well-known travel writer, journalist, teacher, and lecturer. She remains the one and only foreigner to have spent significant time inside the royal harem of Siam. She emigrated to the United States, crossed all of Russia on her own just before the revolution, and moved to Canada, where she publicly defended the rights of women and the working class. The book also gives an engrossing account of how and why Anna became an icon of American culture in The King and I and its many adaptations.

Susan Morgan, Distinguished Professor of English at Miami University, is the author of Place Matters: Gendered Geography in Victorian Women's Travel Writings about Southeast Asia, among other books.

“Morgan deserves congratulations for a lively incarnation of Anna, one that gives the character of the musical and movies full humanity in historical context.”—Scotia W. MacRae Philadelphia Inquirer

“Probing biography of a woman who did a lot more than whistle a happy tune. . . . Morgan paints a satisfying, multifaceted portrait. Engrossing retelling of an extraordinary life, correcting many popular misconceptions.”—Kirkus Reviews

“This informed and entertaining biography reveals Leonowens as an intriguing and complex woman, whose interests ranged far beyond young lovers and whistling happy tunes.”—Karl Helicher Foreword

“See the movie with Jodie Foster. Enjoy the musical. But if you want to know the real story, pick up Bombay Anna and be prepared to find an inspiring story of an incredible woman.”—Jessica Jacobson Feminist Review

“An ambitious, engaging, informative work of scholarship, one that is hard not to rate a genuine success.”—New Mandala ; Tailand-Laos-Cambodia Group

“This book is in part the story of two Annas--the historical Anna and the Anna popularized by Margaret Landon in her 1944 book Anna and the King of Siam, on which the Rodgers and Hammerstein musical The King and I was based. . . . As with most lives, the real story is more compelling than the fiction.”—The Bloomsbury Review

“Morgan has researched probably as fully as anyone could the elusive and secretive life of the remarkable Anglo-Indian, Mrs. Anna Leonowens . . . Morgan managed to uncover fascinating aspects of Leonowens’ life, not the least of which was the truth of Leonowens’ origins, which was never suspected during her lifetime by anyone, including her own children. Because of this, her [Leonowens’] achievements as a social reformer, author, adventurer, traveler, and educator who hobnobbed with the rich and famous literati are all the more remarkable.”—Explorers Journal

“Anyone who thinks that the British experience in India was a long succession of polo, tea on the lawn, brave officers leading the charge against howling native hordes and similar conceits will be riveted by Morgan's portrait of the gritty Anglo-Indian underclass from which Anna sprang.”—John Kalbfleisch, Freelance The Gazette

"Anna Leonowens has been a historical puzzle. Susan Morgan establishes a solid ground for our understanding of this intriguing writer who became famous in our time thanks to a Broadway musical. Her life and contributions as a writer, a humanist, and a 19th century feminist were far richer beyond being the 'I' with the King."—Thongchai Winichakul, author of Siam Mapped: A History of the Geo-Body of a Nation

"With extraordinary detective work, Susan Morgan uncovers the real tale of a brilliant and dynamic traveler who cut ties to her past history and fabricated the story of her life that has found its way into legend. In lovely and graceful prose, she uses this story to help us understand patterns of national and international life."—Allan M. Winkler, author of Franklin D. Roosevelt and the Making of Modern America

"With sensitive writing and meticulous research, Bombay Anna offers the first comprehensive biography of Anna Leonowens, the 'I' in The King and I, which gave my father, Yul Brynner, his signature role. The details of her self-invention are only part of the revelation Susan Morgan provides; she also paints a masterful portrait of the Britain's Raj and its colonial hegemony in Southeast Asia. It is a fascinating read." —Prof. Rock Brynner, author of Yul: The Man Who Would Be King

1. Introduction: A Life of Passing
2. Ancestors: A Methodist, a Soldier, and a “Lady Not Entirely White”
3. A Company Childhood
4. Daughter of the Deccan
5. Love and Bombay, at Last
6. Metamorphosis: “A Life Sublimated above the Ordinary”
7. A Teacher and a King
8. A Job in a Palace
9. “The Noble and Devoted Women Whom I Learned to Know, to Esteem, and to Love”
10. Settled in Bangkok
11. The Paths to Good-bye
12. An American Writer
13. The Canadian Grande Dame 186
14. “Shall We Dance”: Anna and U.S.–Thai Relations 207

appendix one: the magnificent charter: how the british got to india
appendix two: the women of british india 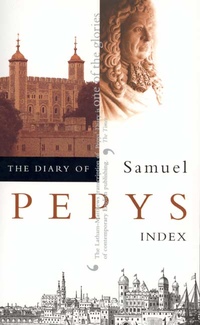