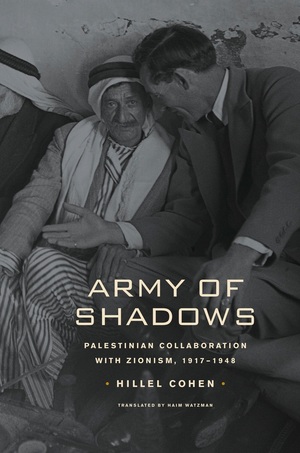 Inspired by stories he heard in the West Bank as a child, Hillel Cohen uncovers a hidden history in this extraordinary and beautifully written book—a history central to the narrative of the Israel-Palestine conflict but for the most part willfully ignored until now. In Army of Shadows, initially published in Israel to high acclaim and intense controversy, he tells the story of Arabs who, from the very beginning of the Arab-Israeli encounter, sided with the Zionists and aided them politically, economically, and in security matters. Based on newly declassified documents and research in Zionist, Arab, and British sources, Army of Shadows follows Bedouins who hosted Jewish neighbors, weapons dealers, pro-Zionist propagandists, and informers and local leaders who cooperated with the Zionists, and others to reveal an alternate history of the mandate period with repercussions extending to this day. The book illuminates the Palestinian nationalist movement, which branded these "collaborators" as traitors and persecuted them; the Zionist movement, which used them to undermine Palestinian society from within and betrayed them; and the collaborators themselves, who held an alternate view of Palestinian nationalism. Army of Shadows offers a crucial new view of history from below and raises profound questions about the roots of the Israel-Palestine conflict.

Hillel Cohen is Research Fellow at the Truman Institute for the Advancement of Peace at the Hebrew University of Jerusalem. He is the author of The Present Absentee: Palestinian Refugees in Israel since 1948 and Good Arabs: The Israeli Security Services and the Israeli Arabs.

“[An] important book. . . . The picture presented is thorough and fair and persuasive.”—Benny Morris New Republic

“An important academic work that is accessible to general readers.”—Jerusalem Post

“Conventional wisdom holds that there has always been murderous hostility between Arabs and Jews in Palestine and Israel. Cohen . . . has written this attempt to refute that view.”—National Jewish Post & Opinion (Inianapolis)

“Conventional wisdom holds that there has always been murderous hostility between Arabs and Jews in Palestine and Israel. Cohen . . . has written this attempt to refute that view.”—National Jewish Post & Opinion (Kent

“An important academic work that is accessible to general readers.”—Spero News

"Cohen adds human insights to one of the most painful dimensions of the Israeli-Palestinian conflict. Fascinating."—Tom Segev, author of 1967: Israel, the War, and the Year that Transformed the Middle East

"In Army of Shadows Hillel Cohen utilizes a broad range of sources in several languages to produce the most judicious and nuanced study available on the complex phenomenon of collaboration by Palestinian Arabs with agencies of the Zionist movement during the British mandate period. Cohen effectively explores the motives and contexts which led some Palestinians to collaborate with Zionism and assesses the extent to which such collaboration contributed to Zionism's success in acquiring land for Jewish settlement, overcoming Palestinian nationalist resistance, and laying the foundations of a Jewish state. This is a remarkable contribution to scholarship on the modern history of Palestine, on Palestinian society and politics, and on the Zionist project."—Zachary Lockman, author of Contending Visions of the Middle East: the History and Politics of Orientalism 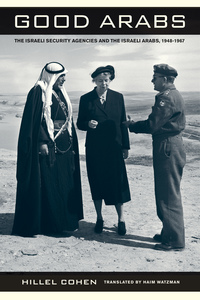