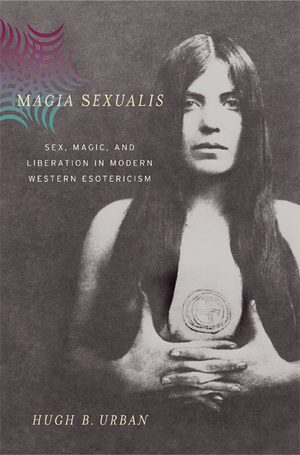 Sexuality and the occult arts have long been associated in the western imagination, but it was not until the nineteenth century that a large and sophisticated body of literature on sexual magic—the use of sex as a source of magical power—emerged. This book, the first history of western sexual magic as a modern spiritual tradition, places these practices in the context of the larger discourse surrounding sexuality in American and European society over the last 150 years to discover how sexual magic was transformed from a terrifying medieval nightmare of heresy and social subversion into a modern ideal of personal empowerment and social liberation. Focusing on a series of key figures including American spiritualist Paschal Beverly Randolph, Aleister Crowley, Julius Evola, Gerald Gardner, and Anton LaVey, Hugh Urban traces the emergence of sexual magic out of older western esoteric traditions including Gnosticism and Kabbalah, which were progressively fused with recently-discovered eastern traditions such as Hindu and Buddhist Tantra. His study gives remarkable new insight into sexuality in the modern era, specifically on issues such as the politics of birth control, the classification of sexual “deviance,” debates over homosexuality and feminism, and the role of sexuality in our own new world of post-modern spirituality, consumer capitalism, and the Internet.

Hugh B. Urban is Associate Professor of Religious Studies in the Department of Comparative Studies at Ohio State University and author of Tantra: Sex, Secrecy, Politics, and Power in the Study of Religion (UC Press) and The Economics of Ecstasy: Tantra, Secrecy, and Power in Colonial Bengal.

“A tour de force of historical investigation and cogent analysis. . . . As timely as it is sharp.”—Choice: Current Reviews For Academic Libraries

"This book offers a fascinating account of the development of Western sexual magic through the nineteenth and twentieth centuries. Urban focuses on an extraordinary set of historical figures, and his rich analysis illuminates the sexual—and supernatural—undercurrents that have shaped modernity."—Randall Styers, author of Making Magic: Religion, Magic, and Science in the Modern World

introduction
Sex Magic, Modernity, and the Search for Liberation

1. the recurring nightmare, the elusive secret
Historical and Imaginary Roots of Sex Magic in the Western
Tradition

3. the yoga of sex
Tantra, Kama Sutra, and Other Exotic Imports from the
Mysterious Orient

5. the yoga of power
Sex Magic, Tantra, and Fascism in Twentieth-Century Europe

6. the goddess and the great rite
Sex Magic and Feminism in the Neo-Pagan Revival

7. the age of satan
Satanic Sex and the Black Mass, from Fantasy to Reality