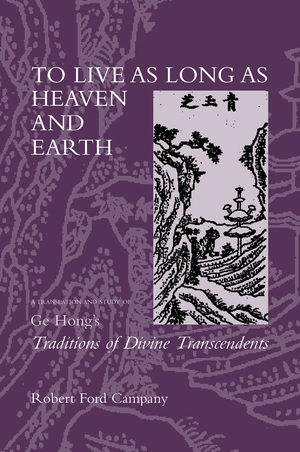 In late classical and early medieval China, ascetics strove to become transcendents--deathless beings with supernormal powers. Practitioners developed dietetic, alchemical, meditative, gymnastic, sexual, and medicinal disciplines (some of which are still practiced today) to perfect themselves and thus transcend death. Narratives of their achievements circulated widely. Ge Hong (283-343 c.e.) collected and preserved many of their stories in his Traditions of Divine Transcendents, affording us a window onto this extraordinary response to human mortality.

Robert Ford Campany's groundbreaking and carefully researched text offers the first complete, critical translation and commentary for this important Chinese religious work, at the same time establishing a method for reconstructing lost texts from medieval China. Clear, exacting, and annotated, the translation comprises over a hundred lively, engaging narratives of individuals deemed to have fought death and won. Additionally, To Live as Long as Heaven and Earth systematically introduces the Chinese quest for transcendence, illuminating a poorly understood tradition that was an important source of Daoist religion and a major social, cultural, and religious phenomenon in its own right.

Robert Ford Campany is Associate Professor of Religious Studies at Indiana University, Bloomington. He is coeditor of the Journal of Chinese Religions and author of Strange Writing: Anomaly Accounts in Early Medieval China (1996).

‘Campany’s analysis will likely prove definitive, and through such authoritative critical studies this century’s understanding of Taoism and Chinese religion will reach its maturity.”—Russell Kirkland, Univ. of Georgia Religious Studies Review

"This is a pathbreaking work of lasting significance to the field of Chinese religious history. The scholarship is solid and current, drawing upon the best research from America, Europe, China, and Japan. The translation is accurate, clear, and elegant, based upon an innovative analysis of surviving sources."—Terry Kleeman, author of Great Perfection: Religion and Ethnicity in a Chinese Millennial Kingdom

"A competent translation of Ge Hong's hagiographies, with close attention paid to sources and editions, would already have constituted a major contribution to the field of Taoist studies. But Campany provides as well a survey of religious practices in Ge Hong's writings and a reading of the hagiographies which enables us to see the social practices that lie behind them. Together, these two works-in-one constitute the best available portrait of religion and society in early fourth-century China."—John Lagerwey, author of Taoist Ritual in Chinese Society and History


"Campany's annotated translation of Ge Hong's (283-343) classic, the first in English, admirably captures the book's rich evocation of the religious culture of Southern China in the fourth century. Ge Hong here offers a series of case studies of what he regarded as the historical and exemplary evidence for the existence of immortals. This translation of Traditions of Divine Transcendents conveys a lively and multifaceted vision of the Taoist conception of physical immortality. The book's emphasis on practices related to the cult of the immortals and the hope for transcendence squarely places its subject in the religious life of traditional Chinese society."—Franciscus Verellen, co-editor of The Taoist Canon: A Historical Guide
Read More >

PART ONE: TRADITIONS OF DIVINE TRANSCENDENTS AND ITS CONTEXT
Opening
Ge Hong and the Writing of Traditions of Divine Transcendents
The Nature of the Religion Reflected in Ge Hong's Works
Text-Critical Matters 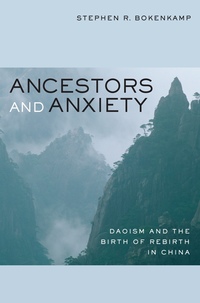 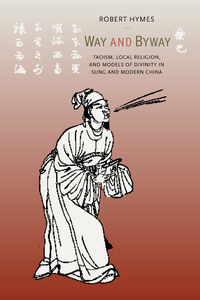 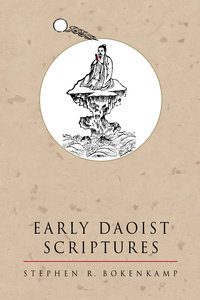 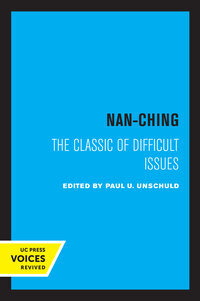