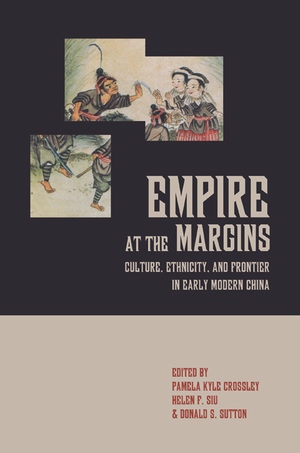 Empire at the Margins Culture, Ethnicity, and Frontier in Early Modern China

Focusing on the Ming (1368-1644) and (especially) the Qing (1364-1912) eras, this book analyzes crucial moments in the formation of cultural, regional, and religious identities. The contributors examine the role of the state in a variety of environments on China's "peripheries," paying attention to shifts in law, trade, social stratification, and cultural dialogue. They find that local communities were critical participants in the shaping of their own identities and consciousness as well as the character and behavior of the state. At certain times the state was institutionally definitive, but it could also be symbolic and contingent. They demonstrate how the imperial discourse is many-faceted, rather than a monolithic agent of cultural assimilation.

"This book makes a major contribution to our understanding of the construction of identity, especially ethnic identity, in China. The essays are well written and of high quality, and the research is uniformly impressive. Empire at the Margins will likely become a standard work concerning the frontiers of China and the peoples who lived there in the early modern period."—Joanna Waley-Cohen, New York University

Acknowledgments
Notes to Readers
Introduction
I. Identity at the Heart of Empire
1. Ethnicity in the Qing Eight Banners
Mark C. Elliott
2. Making Mongols
Pamela Kyle Crossley
3. “A Fierce and Brutal People”: On Islam and Muslims in Qing Law
Jonathan N. Lipman
II. Narrative Wars at the New Frontiers
4. The Qing and Islam on the Western Frontier
James A. Millward and Laura J. Newby
5. The Cant of Conquest: Tusi Offices and China’s Political Incorporation of the Southwest Frontier
John E. Herman
III. Old Contests of the South and Southwest
6. The Yao Wars in the Mid-Ming and their Impact on Yao Ethnicity
David Faure
7. Ethnicity and the Miao Frontier in the Eighteenth Century
Donald S. Sutton
8. Ethnicity, Conflict, and the State in the Early to Mid-Qing: The Hainan Highlands, 1644–1800
Anne Csete
IV. Uncharted Boundaries
9. Ethnic Labels in a Mountainous Region: The Case of She “Bandits”
Wing-hoi Chan
10. Lineage, Market, Pirate, and Dan: Ethnicity in the Pearl River Delta of South China
Helen F. Siu and Liu Zhiwei
Conclusion
Notes on Contributors
Bibliography
Glossary of Characters
Index 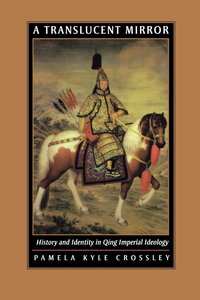