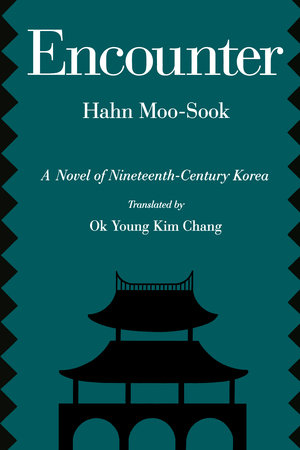 Hahn Moo-Sook (1918-1993) was a South Korean writer. She received many prestigious awards, including the Republic of Korea Samil Culture Award (1989) and the Korean Academy of Arts Prize for Literature (1991). Ok Young Kim Chang was born in Seoul, Korea, and received the Korean Culture and Arts Foundation's Best New Translator Award. She now lives in Connecticut. Don Baker is Assistant Professor of Korean Studies at the University of British Columbia. He has written widely on Korean religions.

"As history, this book is the product of deep and meticulous research into various aspects of nineteenth-century life, customs, and values, ranging from the intellectual to the vulgar. In addition to her presentation of Neo-Confucianism, Buddhism, Catholicism, court and political life, and social structure, Hahn Moo-Sook also gives us real, detailed, and believable descriptions of wayside taverns, shamans and their performances, slaves and their lives, the rigors of travel without modern conveyances, sickness and death, clothing, food, and ignorant bigotry. We are given the strong feeling that we are witnessing a true cross-section of traditional Korea-and not just the aristocratic lifestyle to which most histories restrict themselves since popular culture is not so well documented. If an enterprising teacher were to build a semester's course on the Korea of Encounter—with good collateral reading, visual resources, and stimulating discussion—a classroom of students could emerge from a semester's voyage with a unique understanding of traditional Korean life."—Journal of Asian Studies

"A must-read tour-de-force for anyone with interest in Korean history or literature. Tasan was a highly regarded Confucian scholar, who chose a life of poverty for scholarship, and to find out more about Catholicism, which had just entered Korea via the Jesuits in China (a Bible was brought from Beijing during one of Korea’s regular tributary visits to its suzerain leader). Less than a Xian testament, this exceptional narrative reveals a precise picture of 18th and 19th century Korean life, politics, class, a deeply thoughtful and informed internal struggle, and how Confucian and Xian ideals, when realized, are compatible."—KoreanAmericanStory.org