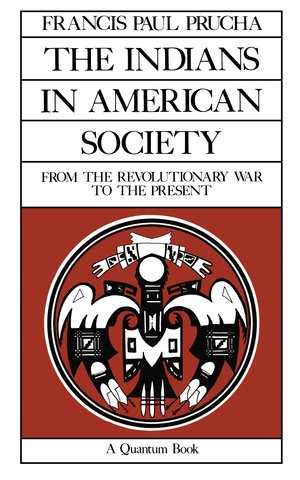 Francis Paul Prucha, S.J. (1921-2015) was Professor Emeritus of History at Marquette University. Among his many books is American Indian Treaties: The History of a Political Anomaly.

"Prucha . . . has tried to write a dispassionate history, and in these four succinct and readable essays he succeeds in a way that partisans cannot."—New York Times

"A most significant book. If the role of the historian is to deduce patterns and derive meaning by judicious and objective analysis, this volume constitutes a tour de force. No student of American Indian, American western, or American history should fail to examine it."—Western Historical Quarterly

"This small book is full of insights. . . . Prucha's view of the steady persistence of white paternalism and Indian dependency casts the historical complexities and ambiguities of federal Indian policy in a new light that seeks to avoid swampy polemics and preachy judgments. His book lets us better understand why the place of the Indian in American society raises questions that still confound us."—New England Quarterly

"A useful, stimulating synthesis of a mature scholar's interpretations of two centuries of American Indian Policy. . . . which the educated public and American historians will appreciate."—American Indian Quarterly

PART ONE. A TREATY SYSTEM
1. The Revolutionary War Years
2. Treaties of Peace after the Revolution
3. Treaty-Making Procedures under the Constitution
4. Confirming the Procedures: Other Treaties in the 1790s

PART TWO. INSTRUMENTS OF FEDERAL POLICY
5. Testing the Treaty System: 1800 to the War of 1812
6. A Position of Dominance: The War of 1812 and After
7. Indian Removal and the Debate about Treaty Making
8. The Removal Period in the North
9. Patterns in Treaty Making
10. Treaties in the Expanding West
11. The Civil War Decade

PART THREE. DETERIORATION
12. The End of Treaty Making
13. Treaty Substitutes
14. The Collapse of the Treaty System