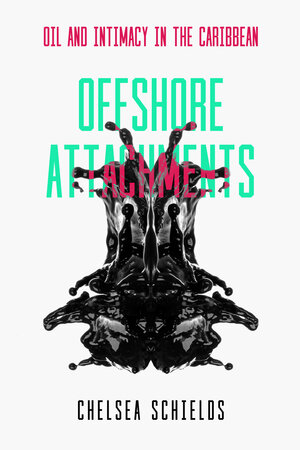 Offshore Attachments Oil and Intimacy in the Caribbean

Offshore Attachments reveals how the contested management of sex and race transformed the Caribbean into a crucial site in the global oil economy. By the mid-twentieth century, the Dutch islands of Curaçao and Aruba housed the world’s largest oil refineries. To bolster this massive industrial experiment, oil corporations and political authorities offshored intimacy, circumventing laws regulating sex, reproduction, and the family in a bid to maximize profits and turn Caribbean subjects into citizens. Historian Chelsea Schields demonstrates how Caribbean people both embraced and challenged efforts to alter intimate behavior in service to the energy economy. Moving from Caribbean oil towns to European metropolises and examining such issues as sex work, contraception, kinship, and the constitution of desire, Schields narrates a surprising story of how racialized concern with sex shaped hydrocarbon industries as the age of oil met the end of empire.

Chelsea Schields is Assistant Professor of History at the University of California, Irvine.

"Chelsea Schields has written a fascinating account that documents how international oil companies manipulated sexual desire and race relations to control a transnational labor force in the Dutch Antilles. She convincingly argues that sex and race are central to understanding the organization of labor in the oil industry. The work also addresses the demise of the oil industry, immigration to the metropole, the racist tropes Afro-Caribbean people faced, and efforts by radical activists who imagined a different social reality."—Miguel Tinker Salas, author of The Enduring Legacy: Oil, Culture, and Society in Venezuela

"Offshore Attachments is deeply original, bringing together a wide range of sources and analytical perspectives to unearth the critical role of the Caribbean in the development of the global energy system and the importance of women’s sexual and reproductive labor to the oil economy. This is a fantastic work of scholarship that will undoubtedly make an impact in multiple fields."⏤Nicole Bourbonnais, author of Birth Control in the Decolonizing Caribbean: Reproductive Politics and Practice on Four Islands, 1930–1970

"The very premise of the book—the linkage between oil and sex, the latter broadly conceived—is novel, innovative, engaging, and even transgressive at times, since Schields reads with and against the grain of existing studies. Her prose incorporates a diverse body of sources in a cohesive narrative structure that moves forward and backward in time and across space with both clarity and grace."—Jennifer L. Foray, author of Visions of Empire in the Nazi-Occupied Netherlands