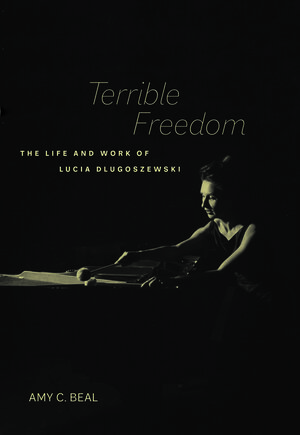 Terrible Freedom The Life and Work of Lucia Dlugoszewski

From her childhood in Detroit to her professional career in New York City, American composer Lucia Dlugoszewski (1925–2000) lived a life of relentless creativity as a poet and writer, composer for dance, theater, and film, and, eventually, choreographer. Forging her own path after briefly studying with John Cage and Edgard Varèse, Dlugoszewski tackled the musical issues of her time. She expanded sonic resources, invented instruments, brought new focus to timbre and texture, collaborated with artists across disciplines, and incorporated spiritual, psychological, and philosophical influences into her work. Remembered today almost solely as the musical director for the Erick Hawkins Dance Company, Dlugoszewski's compositional output, writings on aesthetics, creative relationships, and graphic poetry deserve careful examination on their own terms within the history of American experimental music.

Amy C. Beal is Professor of Music at the University of California, Santa Cruz, and the author of New Music, New Allies: American Experimental Music in West Germany from the Zero Hour to Reunification, Carla Bley, and Johanna Beyer.

“An illuminating biography of an elusive figure whose music was nonetheless firmly embedded in modern dance and the American artistic avant-garde. The book is a fascinating and distinctive contribution to the crucial historical recovery of women’s musical lives.”—Marian Wilson Kimber, University of Iowa

"Dear Reader, meet your new favorite composer! In a richly documented biography, Amy Beal reveals Lucia Dlugoszewski as one of the most significant musical creators of the twentieth century. Dlugoszewski refused to be pushed to the margins. This remarkable book places her front and center, where she belongs."—Anne C. Shreffler, Harvard University 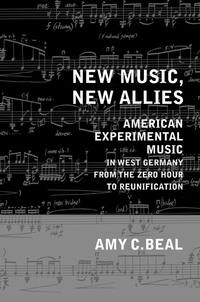