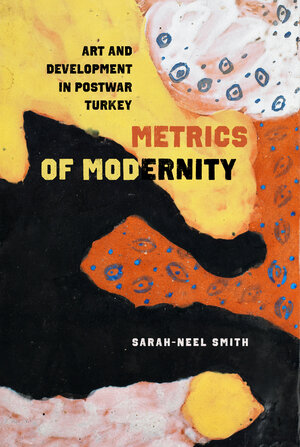 Metrics of Modernity Art and Development in Postwar Turkey

In this vivid portrait of the art world of 1950s Turkey, Sarah-Neel Smith offers a new framework for analyzing global modernisms of the twentieth century: economic development.

After World War II, a cohort of influential Turkish modernists built a new art scene in Istanbul and Ankara. The entrepreneurial female gallerist Adalet Cimcoz, the art critic (and future prime minister) Bülent Ecevit, and artists like Aliye Berger, Füreya Koral, and Bedri Rahmi Eyüboğlu were not only focused on aesthetics. On the canvas, in criticism, and in the gallery, these cultural pioneers also grappled with economic questions—attempting to transform their country from a “developing nation” into a major player in the global markets of the postwar period.

Smith’s book publishes landmark works of Turkish modernism for the first time, along with an innovative array of sources—from gossip columns to economic theory—to reveal the art world as a key site for the articulation of Turkish nationhood at midcentury.

By Sarah-Neel Smith, author of Metrics of Modernity: Art and Development in Postwar Turkey This post is designed as a classroom resource for teachers and students interested in modern Turkish art and …

Sarah-Neel Smith is on faculty in the Department of Art History, Theory, and Criticism at the Maryland Institute College of Art.

"Metrics of Modernity is the first book in any language to illuminate postwar art in Turkey in all its complexity, using the varied lenses of a new economy, rapid internationalization, and state support and intervention. Blending the historian’s rigor with the storyteller’s command of narrative, Sarah-Neel Smith reveals how an artistic community molded during the liberalization of the 1950s—and pulled geopolitically between the Soviets, a nonaligned South and East, the NATO countries, and Iran—built the foundations of today’s global contemporary art scene."—Vasıf Kortun, Research and Curatorial Advisor, Mathaf, Arab Museum of Modern Art, Doha

"Metrics of Modernity charts a much-needed history of a precise period and presents a remarkable narrative based on a web of interactions between objects, people, and institutions. Sarah-Neel Smith employs a new methodology based on an alternative body of evidence that moves away from mainstream institutional history. She rigorously mines a noninstitutional structure that is equally a narrative of state opposition and a history of an elite class. She meticulously plugs Turkey into the wider postwar discourse and debates about art and democracy across different geopolitical contexts, particularly through abstraction.—Nada Shabout, Regents Professor of Art History, University of North Texas

"Metrics of Modernity expertly weaves together the artistic, political, and economic threads that shape Turkey's relation to international politics and the broader framework of developmental modernity. Sarah-Neel Smith’s work is a landmark intervention into our understanding of art and modernity in the Cold War era, offering us productive new avenues for the study of postwar art around the world."—Rebecca M. Brown, Professor of History of Art, Johns Hopkins University

"Smith successfully grants agency to the artists and cultural workers who negotiated the terrain of Turkey’s economic liberalization during the 1950s. Her book draws thought-provoking parallels between the development of Turkey’s arts industry during the 1950s and its neoliberal economic transformation today."—Berin Golonu, Assistant Professor of Art History, University at Buffalo, SUNY
Read More >

Introduction. Art and Development: A New Framework for Postwar Art

1. The Semiperipheral Art Gallery: Gallery Maya, Istanbul
2. Democratic Abstractions: Bülent Ecevit on Art and Politics
3. “The First Coup in the Turkish Art World”: The Developing Turkey Competition of 1954
4. The Artist as Agent of Development: Füreya Koral between Turkey and the United States
Conclusion. Building Istanbul Modern: Art and Development in a
Twenty-First-Century Museum

The Most Important Art 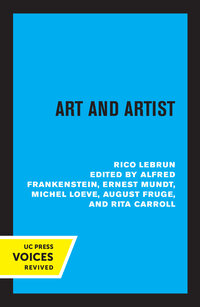 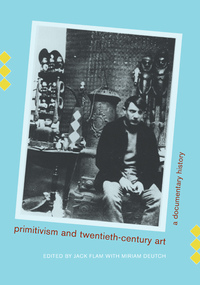