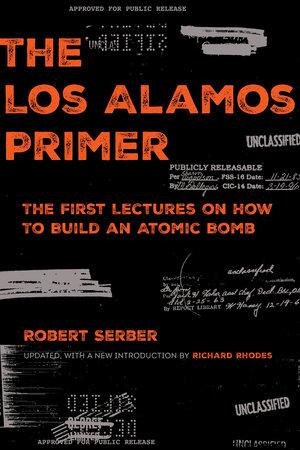 The Los Alamos Primer The First Lectures on How to Build an Atomic Bomb, Updated with a New Introduction by Richard Rhodes

More than seventy years ago, American forces exploded the first atomic bombs over the Japanese cities of Hiroshima and Nagasaki, causing great physical and human destruction. The young scientists at Los Alamos who developed the bombs, which were nicknamed Little Boy and Fat Man, were introduced to the basic principles and goals of the project in March 1943, at a crash course in new weapons technology. The lecturer was physicist Robert Serber, J. Robert Oppenheimer’s protégé, and the scientists learned that their job was to design and build the world’s first atomic bombs. Notes on Serber’s lectures were gathered into a mimeographed document titled TheLos Alamos Primer, which was supplied to all incoming scientific staff. The Primer remained classified for decades after the war.

Published for the first time in 1992, the Primer offers contemporary readers a better understanding of the origins of nuclear weapons. Serber’s preface vividly conveys the mingled excitement, uncertainty, and intensity felt by the Manhattan Project scientists. This edition includes an updated introduction by Pulitzer Prize–winning historian Richard Rhodes.

A seminal publication on a turning point in human history, The Los Alamos Primer reveals just how much was known and how terrifyingly much was unknown midway through the Manhattan Project. No other seminar anywhere has had greater historical consequences.

Robert Serber (March 14, 1909 – June 1, 1997) was an American physicist who participated in the Manhattan Project. Serber's lectures explaining the basic principles and goals of the project were printed and supplied to all incoming scientific staff, and became known as The Los Alamos Primer. The New York Times called him “the intellectual midwife at the birth of the atomic bomb.”

Richard Rhodes won a Pulitzer Prize and a National Book Award for The Making of the Atomic Bomb. He subsequently published three further volumes of nuclear history: Dark Sun, Arsenals of Folly, and The Twilight of the Bombs.

"The Primer is an extraordinary document. Perusing it gives one a sense of being there at the start of the Los Alamos project. In its 24 pages, Serber both adroitly summarized the state of existing knowledge and laid out a prescient road map for the work ahead and the challenges that might arise. . . .mandatory reading for anyone interested in the origins of nuclear weapons."—Physics Today

"...educational and designed to help the naive reader. . . .[the] definitive, extensively annotated reprint of the five bomb-physics lectures given in April 1943 by Robert Serber for new arrivals at Los Alamos."—American Physical Society Journal

"An underground classic. Though declassified in 1965, [the primer] has not been widely available. . . . This edition is an essential part of the library of anyone interested in Manhattan Project history."—American Physical Society Journal

"An extraordinary document. . . . [Serber’s] analyses were elegant and compact yet sensibly accurate."—Physics Today 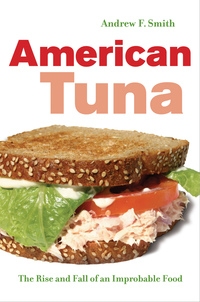