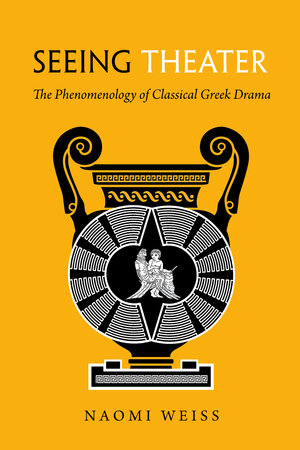 This is the first book to approach the visuality of ancient Greek drama through the lens of theater phenomenology. Drawing together evidence from tragedy, comedy, satyr play, and vase painting, Naomi Weiss argues that, from its very beginnings, Greek theater in the fifth century BCE was understood as a complex interplay of actuality and virtuality. Classical drama frequently exposes and interrogates potential viewing experiences within the theatron—literally, “the place for seeing.” Weiss shows how, in doing so, it demands distinctive modes of engagement from its audiences. Examining plays and pots with attention to the instability of and ambiguity inherent in visual perception, Seeing Theater provides an entirely new model for understanding this ancient art form.

Naomi Weiss is Professor of the Classics at Harvard University. She is author of The Music of Tragedy: Performance and Imagination in Euripidean Theater.