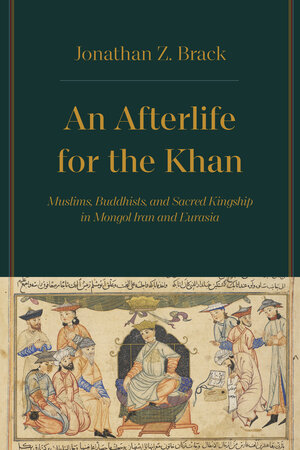 An Afterlife for the Khan Muslims, Buddhists, and Sacred Kingship in Mongol Iran and Eurasia

In the Mongol Empire, the interfaith court debate was an arena for an ideologically and religiously charged performance of the Mongol ruler's sacred kingship. At the court of the newly established Ilkhanate, Muslim administrators, Buddhist monks, and Christian clergy all attempted to sway their imperial overlords, arguing fiercely over the proper role of the king and his government, with momentous and far-reaching consequences.

Focusing on the famous but understudied figure of the grand vizier Rashid al-Din, a Persian Jew who converted to Islam, Jonathan Z. Brack explores the myriad ways Rashid al-Din and his fellow courtiers investigated, reformulated, and transformed long-standing ideas of authority and power. Out of this intellectual ferment of accommodation, resistance, and experimentation, they developed a completely new understanding of sacred kingship. This new ideal, and the political theology it subtends, would go on to become a central justification in imperial projects across Eurasia in the centuries that followed. An Afterlife for the Khan offers a powerful cultural and intellectual history of this pivotal moment for Islam and empire in the Middle East and Asia.

Jonathan Z. Brack is Lecturer in the Department of Middle East Studies at Ben-Gurion University of the Negev. He is coeditor of the book Along the Silk Roads in Mongol Eurasia: Generals, Merchants, and Intellectuals.