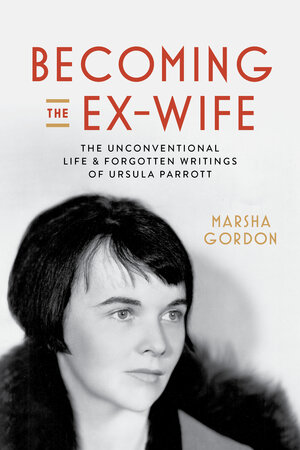 The riveting biography of Ursula Parrott—best-selling author, Hollywood screenwriter, and voice for the modern woman.

Although she was frequently dismissed as a "woman's writer," reading Parrott's writing today makes it clear that she was a trenchant philosopher of modernity—her work was prescient, anticipating issues not widely raised until decades after her decline into obscurity. With elegant wit and a deft command of the archive, Marsha Gordon tells a timely story about the life of a woman on the front lines of a culture war that is still raging today.

Marsha Gordon is Professor of Film Studies at North Carolina State University, a former Fellow at the National Humanities Center, and the recipient of a National Endowment for the Humanities Public Scholar award. She is the author of numerous books and articles and codirector of several short documentaries.

"Ursula Parrott longed to be a hard-boiled city reporter, but when the sexism of the newspaper industry thwarted her ambitions, she found her voice—and made her fortune—by turning to fiction. She scandalized readers with her nuanced, world-weary stories of women who discovered that the sexual revolution of the Jazz Age wasn't always the great gift to women that it was cracked up to be. With her sharp wit, rebellious ambition, and tragic love life, Ursula Parrott deserves to be celebrated alongside greats like Dawn Powell and Dorothy Parker. A pleasure to read."—Debby Applegate, Pulitzer Prize–winning author of Madam: The Biography of Polly Adler, Icon of the Jazz Age

"An incisive portrait of a thoroughly modern woman careening through a meteoric literary career and a reckless personal life, from the Jazz Age to the postwar era. Ursula Parrott's massive output of popular fiction, says Marsha Gordon, 'pulled back the curtain on women's debased circumstances in a permissive age'—which is precisely what Gordon does here, to devastating effect, with Parrott herself."—Thomas Schatz, author of The Genius of the System: Hollywood Filmmaking in the Studio Era

"Ursula Parrott finally gets her due in Gordon's revelatory book. Drawing upon exhaustive archival research, Gordon tells the fascinating story of the best-selling novelist whose tumultuous personal life eventually eclipsed her literary career. But Gordon does more than shine a light on an unjustly forgotten writer—she asks us to consider why she was forgotten. In her work and her life, Parrott explored the paradoxes of modernity for American women—what she saw as the illusory nature of equality for 'leftover ladies,' divorcees or unmarried career women whose lives did not unfold according to the conventional marriage plot. Parrott's trenchant observations arose from her own life but were ahead of her time. Thanks to Gordon's masterful biography, her moment has finally arrived."—Cara Robertson, author of The Trial of Lizzie Borden

"Becoming the Ex-Wife is just the kind of book I love to read—remarkably well researched and entertaining. Gordon deftly shows why Ursula Parrott more than deserves a place on the shelf."—Cari Beauchamp, author of Without Lying Down: Frances Marion and the Powerful Women of Early Hollywood

"In her sparklingly clear and vital new biography, Gordon recovers the story of a singular writer and unhappy woman, who shot to fame with a novel called Ex-Wife and carried that tag around with her for the rest of her life. Although she warns that it is not 'an inspirational feminist story,' Gordon's colorful account is salutary all the same, exposing the ways in which even the most successful women's writing can be dismissed and forgotten, and restoring Ursula Parrott to our attention with sympathy and warmth."—Joanna Scutts, author of Hotbed: Bohemian Greenwich Village and the Secret Club That Sparked Modern Feminism

"What a fascinating history Gordon charts! Long before Betty Friedan and Helen Gurley Brown, Ursula Parrott voiced the entanglements of modern femininity for educated white women of her generation. Gordon's account of Parrott's life and work—at once typical and utterly astonishing—is smart, witty, and engaging."—Shelley Stamp, author of Lois Weber in Early Hollywood

Introduction: "Maxims in the Copybook of Modernism"
1 • The Limited Life of a Dorchester Girl
2 • At Radcliffe: "A Pushy Lace-Curtain Irish Girl from Dorchester"
3 • First Husband, Lindesay Parrott: "Strange Moments of Tenderness and Pretty Constant Dislike"
4 • Modern Parenting
5 • Greenwich Village: The Path to Becoming a "Self-Sufficient, Independent, Successful Manager of Her Own Life"
6 • Hugh O’Connor: High Felicity on the "Road of No Rules"
7 • New Freedoms in the "Era of the One-Night Stand": The Ex-Wife Is Born
8 • Ursula Goes to Hollywood
9 • Second Husband, Charles Greenwood: "The Stupidest Thing I Ever Did in My Life"
10 • "Extravagant Hell"
11 • The Business of Being a Writer
12 • Third Husband, John Wildberg: The Faint Resemblance of Stability
13 • "The Monotony and Weariness of Living"
14 • Fourth Husband, Alfred Coster Schermerhorn: "Two Catastrophes Should Be Enough"
15 • Saving Private Bryan: The United States vs. Ursula Parrott
16 • Her "Breaks Went Bad"
17 • "Black Coffee, Scotch, and Excitement"
Afterword: Remembering a "Leftover Lady" 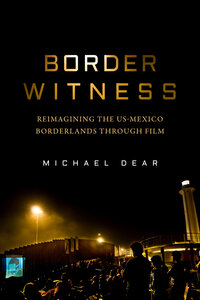