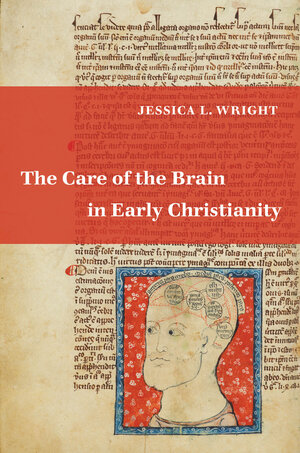 The Care of the Brain in Early Christianity

Cerebral subjectivity—the identification of the individual self with the brain—is a belief that has become firmly entrenched in modern science and popular culture. In The Care of the Brain in Early Christianity, Jessica Wright traces its roots to tensions within early Christianity over the brain’s role in self-governance and its inherent vulnerability. Examining how early Christians appropriated medical ideas, Wright tracks how they used these ideas for teaching ascetic practices, developing therapeutics for the soul, and finding a path to salvation. Bringing a medical lens to religious discourse, this text demonstrates that rather than rejecting medical traditions, early Christianity developed by creatively integrating them.

“A highly original and impressive piece of work, timely in its topic and methodology and updated on the scholarly status quo in classics, ancient medicine, and philosophy of the body.”—Chiara Thumiger, Cluster of Excellence ROOTS, Kiel University

“A worthy publication that will find an audience among specialists in both early Christianity and ancient medicine as well as those interested in intellectual history, the history of psychology, and the body.”—Andrew Crislip, Professor of History at Virginia Commonwealth University and author of Thorns in the Flesh: Illness and Sanctity in Late Christianity

Introduction
1. The Circulation and Performance of Medical Knowledge in Late Antiquity
2. The History of the Brain in Ancient Greek Medicine and Philosophy
3. The Invention of Ventricular Localization
4. The Governing Brain
5. The Rhetoric of Cerebral Vulnerability
6. Insanity, Vainglory, and Phrenitis
7. Humanizing the Brain in Early Christianity
Conclusion