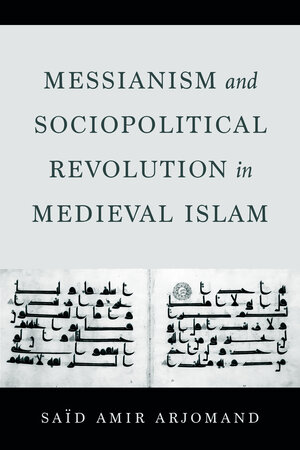 This study of messianism and revolution examines an extremely rich though unexplored historical record on the rise of Islam and its sociopolitical revolutions from Muhammad’s constitutive revolution in Arabia to the Abbasid revolution in the East and the Fatimid and Almohad revolutions in North Africa and the Maghreb. Bringing the revolutions together in a comprehensive framework, Saïd Amir Arjomand uses sociological theory as well as the critical tools of modern historiography to argue that a volatile but recurring combination of apocalyptic motivation and revolutionary action was a driving force of historical change time and again. In addition to tracing these threads throughout 500 years of history, Arjomand also establishes how messianic beliefs were rooted in the earlier Judaic and Manichaean notions of apocalyptic transformation of the world. By bringing to light these linkages and factors not found in the dominant sources, this text offers a sweeping account of the long arc of Islamic history.

Saïd Amir Arjomand is Distinguished Service Professor Emeritus at Stony Brook University, founder of the Association for the Study of Persianate Society, editor of the Journal of Persianate Studies, and author of Revolution: Structure and Meaning in World History.

"This is a fascinating account of a far too little known revolutionary tradition, essential reading for all those interested in the comparative study of revolutionary phenomena. The book is a major addition to Arjomand´s work on the historical sociology of Islam."—Johann P. Arnason, Professor Emeritus of Sociology, La Trobe University, Melbourne

“Saïd Arjomand has elaborated a concept of revolution that articulates the transformative force of apocalyptic messianism and explains the unique expansion of Islam during its first half millennium through a series of upheavals at its peripheries. He has also written a deeper conceptual history across Afro-Eurasia of revolutions than anything that exists so far.”—Björn Wittrock, Professor Emeritus, Uppsala University

"In terms of its point of departure and its scope, this is probably Said Arjomand's most ambitious engagement with the roots and earlier social history of Islamic messianism. He has moved far beyond his previous areas of scholarship to provide us with valuable new insights and tools for understanding developments ranging in space and time from pre-Islamic Western Asia to North Africa of the Middle Periods—we eagerly await his next contribution."—John E. Woods, Professor Emeritus of History, the University of Chicago

“Messianism and Sociopolitical Revolution in Medieval Islam is a remarkable work in terms of its scope and scholarship. It could have only been conceived and written by someone with a strong command over many fields of scholarship that are rarely studied together. In this new volume, Saïd Amir Arjomand’s expertise in historical sociology is put to creative and imaginative use.”—Bryan S. Turner, Presidential Professor of Sociology at the Graduate Center CUNY