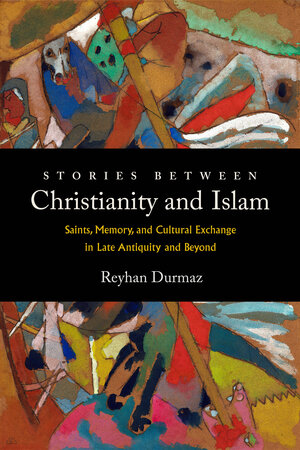 Stories between Christianity and Islam Saints, Memory, and Cultural Exchange in Late Antiquity and Beyond

Stories between Christianity and Islam offers an original and nuanced understanding of Christian–Muslim relations that shifts focus from discussions of superiority, conflict, and appropriation to the living world of connectivity and creativity. Here, the late antique and medieval Near East is viewed as a world of stories shared by Christians and Muslims. Public storytelling was a key feature for these late antique Christian and early Islamic communities, where stories of saints were used to interpret the past, comment on the present, and envision the future.

In this book, Reyhan Durmaz uses these stories to demonstrate and analyze the mutually constitutive relationship between these two religions in the Middle Ages. With an in-depth study of storytelling in Late Antiquity and the mechanisms of hagiographic transmission between Christianity and Islam in the Middle Ages, Durmaz develops a nuanced understanding of saints’ stories as a tool for building identity, memory, and authority across confessional boundaries.

Reyhan Durmaz is Assistant Professor of Religious Studies at the University of Pennsylvania and co-translator of Jacob of Sarug’s Homilies on Women Whom Jesus Met.

"An innovative and important contribution to the rich and rapidly growing body of scholarship on medieval Christian-Muslim relations. Reyhan Durmaz's focus on the universal human practice of storytelling as the site of flows of information between Christians and Muslims is excellent and will open up this line of investigation to future researchers."—Jack Tannous, Associate Professor of History, Princeton University