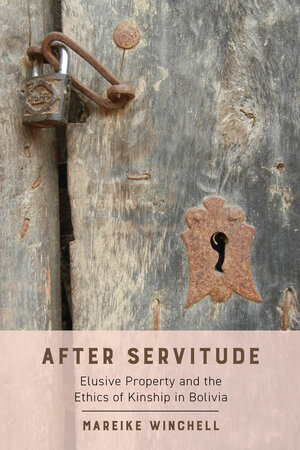 After Servitude Elusive Property and the Ethics of Kinship in Bolivia

How are injurious pasts redeployed by the dispossessed? After Servitude chronicles how agrarian engineers, indigenous farmers, mestizo mining bosses, and rural workers navigate racial hierarchies rooted in histories of forced agrarian labor. In the rural Bolivian province of Ayopaya, where the liberatory promises of property remain elusive, Quechua people address such hierarchies by demanding aid from mestizo elites and, where that fails, through acts of labor militancy. Against institutional faith in property ownership as a means to detach land and people, present and past, the kin of former masters and servants alike have insisted that ethical debts from earlier racial violence stretch across epochs and formal land sales. What emerges is a vision of justice grounded in popular demands that wealth remain beholden to the region’s agrarian past. By tracing Ayopayans’ active efforts to contend with servitude’s long shadow, Mareike Winchell demonstrates existing alternatives to property both as an extractive paradigm and a technique of historical redress.

Mareike Winchell is Assistant Professor of Anthropology at the University of Chicago.

"After Servitude offers what the best ethnography provides––a richly contextualized case study of global phenomena. It rewards with careful reevaluations of property rights, political reform, and indigenous/colonial relations, revealing the surprising  ways they interweave in the living histories of contemporary Bolivia. An exemplary piece of scholarship."––Justin Richland, author of Cooperation without Submission: Indigenous Jurisdictions in Native Nation-US Engagements