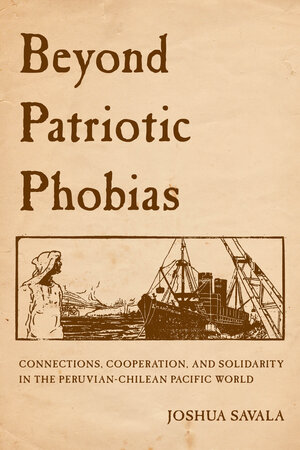 Beyond Patriotic Phobias Connections, Cooperation, and Solidarity in the Peruvian-Chilean Pacific World

The War of the Pacific (1879–1883) looms large in the history of Peru and Chile. Upending the prevailing historiographical focus on the history of conflict, Beyond Patriotic Phobias explores points of connection shared between Peruvians and Chileans despite war. Through careful archival work, historian Joshua Savala highlights the overlooked cooperative relationships of workers across borders, including maritime port workers, doctors, and the police. These groups, in both countries, were intimately tied together through different forms of labor: they worked the ships and ports, studied and treated disease transmission in the face of a cholera outbreak, and conducted surveillance over port and maritime activities because of perceived threats like transnational crime and labor organizing. By following the movement of people, diseases, and ideas, Savala reconstructs the circulation that created a South American Pacific world. The resulting story is one in which communities, classes, and states formed transnationally through varied, if uneven, forms of cooperation.