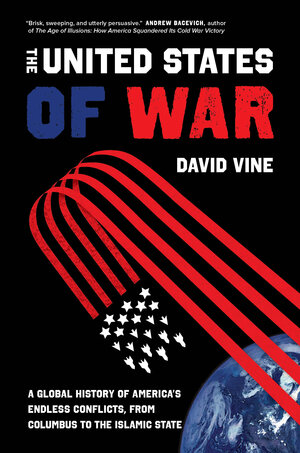 "In The United States of War, we have a much-needed book for courses in anthropology and beyond . . . Vine fills a crucial gap in the literature, as his is a study in empire that does not trade accessibility for nuance. . . . The United States of War lays bare the material demands of decolonization and, as such, is itself part of the weighty task at hand."

"David Vine’s book, enriched by a series of maps, is not just a history book based on a mere chronological sequence of events. It also gives voice to some of the people who were affected by US expansionist policy. The interviews collected during many years of research make this book an important resource not only for all scholars interested in geopolitics and US history, but also for all people who want to understand the reason for so many conflicts around the world and the evolution of American imperialism."—Houston Review of Books