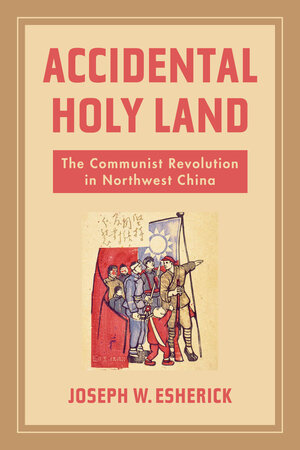 Yan'an is China's "revolutionary holy land," the heart of Mao Zedong's Communist movement from 1937 to 1947. Based on thirty years of archival and documentary research and numerous field trips to the region, Joseph W. Esherick's book examines the origins of the Communist revolution in Northwest China, from the political, social, and demographic changes of the Qing dynasty (1644–1911), to the intellectual ferment of the early Republic, the guerrilla movement of the 1930s, and the replacement of the local revolutionary leadership after Mao and the Center arrived in 1935. In Accidental Holy Land, Esherick compels us to consider the Chinese Revolution not as some inevitable peasant response to poverty and oppression, but as the contingent product of local, national, and international events in a constantly changing milieu.

Joseph W. Esherick is Emeritus Professor of History at the University of California, San Diego. He is author of The Origins of the Boxer Uprising (UC Press), Ancestral Leaves (UC Press), and other works on modern Chinese history. In 2021, Esherick received an award for Distinguished Contributions for China Studies from The World Forum on China Studies.

​"If the Shaan-Gan-Ning Border Region, the homeland of Xi Jinping’s family, is the 'holy land' of Mao’s Revolution, then Esherick’s new book is its indispensable Baedecker guide. This thoroughly researched and clearly written narrative helps us understand the complex historical roots of the People’s Republic of China as it incubated in Shaanxi Province’s 'yellow earth' hills."—Orville Schell, Arthur Ross Director of the Center on US-China Relations, Asia Society

"Shattering the myth of historical inevitability, this meticulously researched and beautifully crafted study is a refreshing corrective to previous interpretations of the Chinese revolution. Esherick’s gripping tale of battling bandits and Bolsheviks in the making of Mao’s wartime sanctuary lays bare the indeterminate and contingent course of one of the most momentous events of the twentieth century. Scholars and general readers alike will learn much from this authoritative work by America’s premier historian of the Chinese revolution."—Elizabeth J. Perry, Henry Rosovsky Professor of Government, Harvard University

"Esherick provides a compelling argument that will offer a sound alternative to the two pop narratives on China and the Chinese revolution: Xi's stairway to heaven and the anti-China right's house of the rising sun. Thwarting the easy and satisfying narratives, this book tells a convincing story of revolution grounded in context, contingency, and choice."—Timothy Cheek, Louis Cha Chair in Chinese Research, University of British Columbia 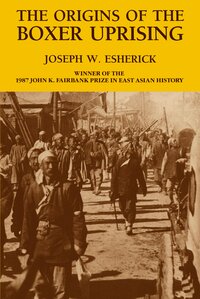 The Origins of the Boxer Uprising 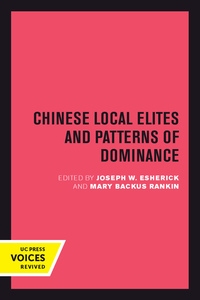