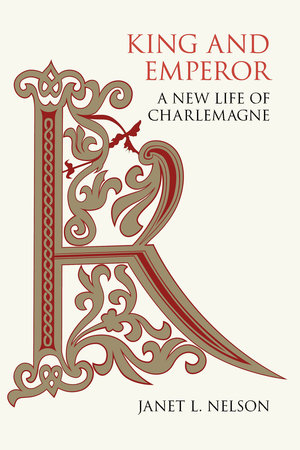 King and Emperor A New Life of Charlemagne

"King and Emperor takes on the compelling suspense of good detective work as well as good history."—The Wall Street Journal

Charles I, often known as Charlemagne, is one of the most extraordinary figures ever to rule an empire. Driven by unremitting physical energy and intellectual curiosity, he was a man of many parts, a warlord and conqueror, a judge who promised "for each their law and justice," a defender of the Latin Church, a man of flesh and blood. In the twelve centuries since his death, warfare, accident, vermin, and the elements have destroyed much of the writing on his rule, but a remarkable amount has survived. Janet Nelson's wonderful new book brings together everything we know about Charles I, sifting through the available evidence, literary and material, to paint a vivid portrait of the man and his motives.

Building on Nelson’s own extraordinary knowledge, this biography is a sort of detective story, prying into and interpreting fascinating and often obdurate scraps of evidence, from prayer books to skeletons, gossip to artwork. Charles’s legacy lies in his deeds and their continuing resonance, as he shaped counties, countries, and continents; founded and rebuilt towns and monasteries; and consciously set himself up not just as King of the Franks, but as the head of the renewed Roman Empire. His successors—even to the present day—have struggled to interpret, misinterpret, copy, or subvert his legacy. Janet Nelson gets us as close as we can hope to come to the real figure of Charles the man as he was understood in his own time.

Janet L. Nelson, DBE, is Professor Emerita of Medieval History at King's College London, where she taught for many years. She has written and translated widely on early medieval Europe, and her books include Charles the Bald, The Frankish World, and Courts, Elites, and Gendered Power in the Early Middle Ages.

"A deeply learned and humane portrait . . . Nelson’s King and Emperor brings alive the age of Charlemagne, the ruler usually associated with the first effort after the fall of Rome to unite Europe under a single rule. This 'new life' is a bold book. . . . Each chapter is a masterclass in tracing specific bodies of evidence back to the persons or incidents from which they arose. . . . King and Emperor is a masterpiece of historical writing and a robust step toward filling the gap in our historical imagination left by the passing of Rome."—Peter Brown, New York Review of Books

"Janet Nelson assembles an astonishingly rich picture from the most unrewarding of texts. The way she puzzles out probable facts and motivations, based on a complete reading of the existing texts, is a joy to witness. She draws on and shows off the clever work of earlier historians, while giving short shrift to their more biased assumptions. The narrative voice emerges as that of a patient, inquisitive, incisive and helpful master detective, with funny asides, a beautiful style and sensible politics."—Times Literary Supplement

"There have been countless studies of Charlemagne in many languages . . . but few have been as ambitiously biographical as Nelson’s. Historians of early medieval Europe are trained to interpret scattered clues and fragments, however, and Nelson is one of the very best."—London Review of Books

"King and Emperor takes on the compelling suspense of good detective work as well as good history. . . . Janet L. Nelson comes as close as one can to approaching this extraordinary man."—Wall Street Journal

“Janet Nelson has succeeded in delivering 'a new life' of Charles. Her long-awaited biography invites us to understand the man in ways that are original and penetrating.”—Financial Times

"In her impressive new biography, Janet L Nelson meticulously sifts all the available evidence [on Charlemagne]. At the start she notes (a little terrifyingly) that some 7,000 charters survive from his reign. You can believe she has looked at every single one, so thorough and expansive is this work of scholarship. . . . Nelson uses literary sources adroitly, supplementing more prosaic charter and annalistic evidence with moving poetry."—Daily Telegraph

“Nelson has produced a remarkable, learned text, unlike any other study of Charlemagne in recent years.”—Sunday Times

“Experts . . . will hail this as a major work”—Sunday Telegraph

“If Nelson expects a lot of her readers, it’s because she has so much to offer. This is by any measure a superb book. Charlemagne . . . has finally found an equally great modern biographer.”—Literary Review

"In crafting her new biography of the tremendous king, the British historian Janet L. Nelson has trawled well-traveled waterways and obscure rivulets alike to fish out the historical figure as he acted and thought."—New Criterion

"Janet L. Nelson’s meticulous biography of Charlemagne is as magisterial as the man himself."—American Conservative

"An immense achievement—brilliantly learned and profoundly wise, it is as revelatory about the practice of history as it is about the great man himself."—History Extra

"Every bit the masterpiece. . . . One would expect from this true master of the historian’s craft."—Medieval Review

"This is a remarkable book: at once the dramatic story of a truly extraordinary man and a masterclass in the practice of history from a superlative historian. Janet Nelson's brilliant insight illuminates a world that is both familiar and strange, and full of resonances between past and present. Here—seen through challenging sources, sifted and weighed with wisdom and wit—is everything we can know, twelve centuries on, about the king and emperor called Charlemagne."—Helen Castor, author of She-Wolves and Joan of Arc

1 Introduction
2 Family Stories Charles Might Have Known
3 The Child in the Picture
4 Family Fortunes
5 Charles in Italy
6 Peace and War: 774–9
7 The Family Deployed, ‘. . . all Saxony subjugated’
8 Boundary- crossings
9 Franks, Bavarians and New Thinking: 787–9
10 The Regensburg Years
11 Saxons, Saracens, Northmen and the
Council of Frankfurt: 792–4
12 The Beginning of the End of the Saxon Wars: 792–9
13 Interesting Times, Dangerous Times
14 Fin de siècle – début de siècle: Romanum
gubernans imperium
15 The Aachen Years
16 ‘Charles, by the bounty of divine grace emperor and
augustus . . . to his beloved and honourable brother
Michael glorious emperor and augustus’
By Way of Conclusion 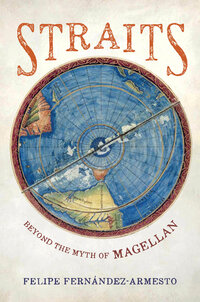 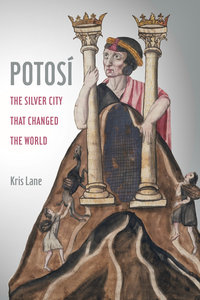