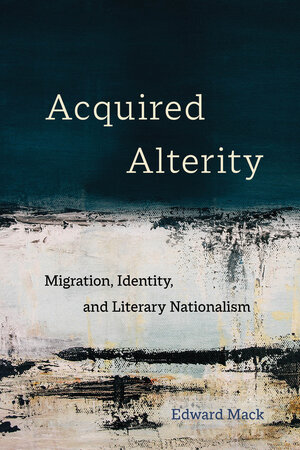 This is the first monograph-length study in English of the Japanese-language literary activities—both reading and writing—of Japanese migrants to Brazil. It provides a detailed history of Japanese-language bookstores, serialized newspaper fiction, original creative works, and critical apparatuses that existed in Brazil prior to World War II, all contextualized within a history of the first decades of that migration. While functioning in part as an introduction to this community and its literature, the book explores issues related to the politics of critiquing literary texts collectively, a logical move that is at the core of many literary studies today. Acquired Alterity presents a case study of one substantial diasporic population and the self-representations of a number of its members, while at the same time providing a challenge to a dominant mode of literary study, in which texts are often explicitly or implicitly understood through a framework of ethno-nationalism. These subjects reveal the logical flaws in this framework through what Edward Mack is calling their “acquired alterity,” the process by which their presumed innate identity is challenged, and the subjects become other to the systems they had conceived themselves as belonging to. The book prompts a reconsideration of the ramifications (and motivations) of literary and cultural analyses of collections of texts and the peoplehood constructs that are often the true objects of that knowledge production.

Edward Mack is Associate Professor of Asian Languages and Literature at the University of Washington and author of Manufacturing Modern Japanese Literature: Publishing, Prizes, and the Ascription of Literary Value.

"Acquired Alterity is a trailblazing work on what has been an extremely promising new topic of research in Japanese literary studies: literary works written in the Japanese language outside of Japan. Over the last decade we have seen a turn to writings produced in other areas that saw mass immigration from Japan, but not formal colonization. This book is the first to introduce this enormously interesting and important body of writings to English-language readers. Mack's scholarship is excellent, grounded in seemingly exhaustive research in both the primary archives and the existing secondary scholarship in both English and Japanese."—Michael Bourdaghs, Robert S. Ingersoll Professor of East Asian Languages and Civilizations, University of Chicago