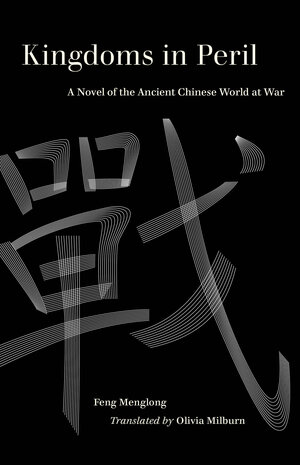 This abridged edition introduces readers to the power and drama of the electrifying classic Chinese novel. One of the great works of Chinese literature, beloved in East Asia but virtually unknown in the West, Kingdoms in Peril is an epic historical novel charting the five hundred years leading to the unification of China under the rule of the legendary First Emperor. Writing some fourteen hundred years later, the Ming-era author Feng Menglong drew on a vast trove of literary and historical documents to compose a gripping narrative account of how China came to be China.

Here, translated into English for the first time, Kingdoms in Peril recounts the triumphs and tragedies of those five hundred years, through stories taken from the lives of the unforgettable characters that defined and shaped the age in which they lived. This abridged edition distills the novel’s distinct style and its most dramatic episodes into a single volume. Maintaining the spirit and excitement of the original novel, this edition weaves together nine of the most pivotal storylines––some extremely famous, others less well known. Readers will glimpse the intensity of tectonic events that shaped everyday lives, loves, and struggles, with powerful women featuring as prominently in the novel as they have in Chinese history. There are many historical works that provide an account of some of these events, but none are as thrilling and breathtakingly memorable as Kingdoms in Peril.

Q&A with Olivia Milburn, translator of Kingdoms in Peril

Olivia Milburn is Professor in the Department of Chinese at Seoul National University. Her previous publications include The Glory of Yue and The Spring and Autumn Annals of Master Yan. One of …

Olivia Milburn is Professor in the Department of Chinese at Seoul National University. Her previous publications include The Glory of Yue and The Spring and Autumn Annals of Master Yan.

"Milburn’s introduction provides comprehensive cultural and bibliographic background for readers unfamiliar with the Ming or the Zhou. . . . For the reader without Chinese, this translation offers entertainment, moral lessons, and insights into Chinese political traditions that are probably as relevant today as in Ming, or indeed Zhou times."—Asian Review of Books

"Olivia Milburn has given us a delicious romp through history, this time in her sprightly translation of selections from the romance by the late Ming moralist Feng Menglong. The intrigues retold by Feng became the stuff of edifying proverbs in China and they became so celebrated in Europe that Voltaire adapted one for the Parisian theater. Now, at last, readers can feel the magic in this marvelous translation of an acclaimed book."—Michael Nylan, Sather Professor of History, UC Berkeley

"Written by the great master of vernacular literature Feng Menglong, Xin Leiguozhi is one of the finest examples of China’s tradition of historical fiction. In this abridged edition, Milburn has selected the vast novel's most exciting episodes and presents them in a rollicking translation that does full justice to the original work."—Wilt L. Idema, Professor Emeritus of Chinese Literature, Harvard University

THE CURSE OF THE BAO LORDS

Chapter One
King Xuan of Zhou hears a children’s song and kills a woman for no good reason.

Grandee Du becomes formidable as he protests his innocence.

Chapter Two
The people of Bao atone for their crimes by handing over a beautiful woman.
King You lights the beacon fires to tease the feudal lords.

Chapter Three
The chief of the Dog Rong invades the capital at Hao.
King Ping of Zhou moves east to Luoyang.

AN INCESTUOUS LOVE AFFAIR AT THE COURT OF QI

Chapter Four
The Marquis of Qi gives Lady Wen Jiang in marriage to Lu.
Lord Huan of Lu and his wife travel to Qi.

Chapter Five
The Honorable Wuzhi loses his privileges and joins a conspiracy.
Lord Xiang of Qi goes out hunting and meets a ghost.

THE FIGHT FOR LADY XIA JI

Chapter Eight
Lord Ling of Chen uses underwear to make a joke at court.
An unfortunate remark to Xia Zhengshu causes many deaths.

THE ORPHAN OF THE ZHAO CLAN

Chapter Ten
After the siege of the Lower Palace, Cheng Ying hides an orphan.
Having executed Tu’an Gu, the Zhao clan rises again.

THE DOWNFALL OF THE KINGDOM OF WU

Chapter Eleven
King Fuchai of Wu forgives Yue in the teeth of all remonstrance.
King Goujian of Yue racks his brains for ways in which to serve Wu.

Chapter Twelve
Having fallen into the trap laid by Yue, Xi Shi is much favored at
the Wu Palace.
Having killed King Fuchai, the ruler of Yue proclaims himself hegemon.

RIVAL STUDENTS OF THE MASTER OF GHOST VALLEY

Chapter Thirteen
After saying goodbye to the Master of Ghost Valley, Pang Juan descends the mountain.
In order to escape from disaster, Sun Bin pretends to have gone mad.

Chapter Fourteen
Tian Ji leads his forces to victory at Guiling.
At Maling, Pang Juan is shot to pieces by crossbows.

THE FAMILY TROUBLES OF THE KING OF QIN

Chapter Sixteen
Ai Lao uses a faked castration to bring the Qin palace to chaos.
Mao Jiao removes his clothes to remonstrate with the king of Qin. 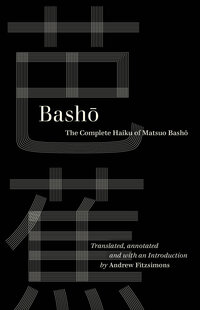 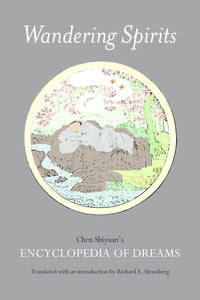