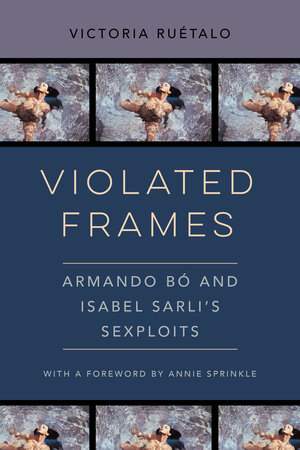 When Armando Bó and Isabel Sarli began making sexploitation films together in 1956, they provoked audiences by featuring explicit nudity that would increasingly become more audacious, constantly challenging contemporary norms. Their Argentine films developed a large and international fan base. Analyzing the couple's films and their subsequent censorship, Violated Frames develops a new, roughly constructed, and "bad" archive of relocated materials to debate questions of performance, authorship, stardom, sexuality, and circulation. Victoria Ruétalo situates Bó and Sarli’s films amidst the popular culture and sexual norms in post–1955 Argentina, and explores these films through the lens of bodies engaged in labor and leisure in a context of growing censorship. Under Perón, manual labor produced an affect that fixed a specific type of body to the populist movement of Perónism: a type of body that was young, lower-classed, and highly gendered. The excesses of leisure in exhibition, enjoyment, and ecstasy in Bó and Sarli's films interrupted the already fragmented film narratives of the day and created alternative sexual possibilities.

Victoria Ruétalo is Associate Professor in the Department of Modern Languages and Cultural Studies at the University of Alberta. She is coeditor of Latsploitation, Exploitation Cinemas, and Latin America.