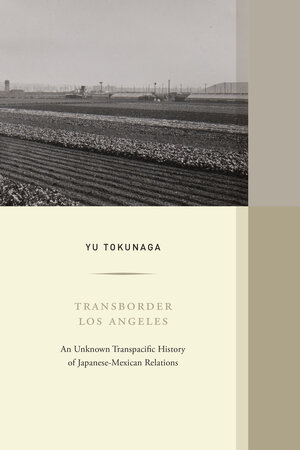 Focusing on Los Angeles farmland during the years between the Immigration Act of 1924 and the Japanese Internment in 1942, Transborder Los Angeles weaves together the narratives of Mexican and Japanese immigrants into a single transpacific history. In this book, Yu Tokunaga moves from international relations between Japan, Mexico, and the US to the Southern California farmland, where ethnic Japanese and Mexicans played a significant role in developing local agriculture, one of the major industries of LA County before World War II. Japanese, Mexicans, and white Americans developed a unique triracial hierarchy in farmland that generated both conflict and interethnic accommodation by bringing together local issues and international concerns beyond the Pacific Ocean and the US-Mexico border. Viewing these experiences in a single narrative form, Tokunaga breaks new ground, demonstrating the close relationships between the ban on Japanese immigration, Mexican farmworkers' strikes, wartime Japanese removal, and the Bracero Program.

"This work masterfully brings the transnational histories of ethnic Japanese and Mexican communities in Southern California into dialogue. Tokunaga innovates in demonstrating how Los Angeles agriculture operated through a unique triracial hierarchy in which Japanese farmers leased land from white landowners and then hired Mexican laborers to help work the land. As a result, in the case of labor strike by Mexican workers, Japanese immigrant farmers were caught in the middle."—Greg Robinson, author of After Camp: Portraits in Midcentury Japanese American Life and Politics

"This fascinating book illuminates Los Angeles's development as a transpacific and transborder area through the lens of relations between Mexican workers, Japanese growers, and Mexican and Japanese states. Using Japanese sources as well as others, the author explores these changing relations through the social earthquake of large agricultural strikes near Los Angeles in the 1930s, adding depth and richness to accounts of strikes in El Monte and Venice and successfully placing these events within broader transnational paradigms."—Devra Anne Weber, Professor Emerita of History, University of California, Riverside