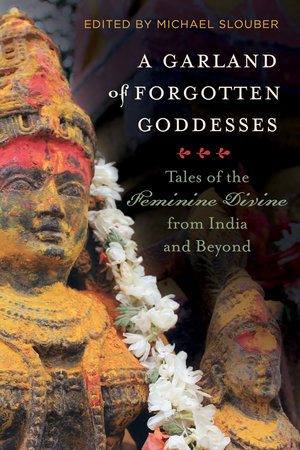 Imagining the divine as female is rare—even controversial—in most religions. Hinduism, by contrast, preserves a rich and continuous tradition of goddess worship. A Garland of Forgotten Goddesses conveys the diversity of this tradition by bringing together a fresh array of captivating and largely overlooked Hindu goddess tales from different regions. As the first such anthology of goddess narratives in translation, this collection highlights a range of sources from ancient myths to modern lore. The goddesses featured here battle demons, perform miracles, and grant rare Tantric visions to their devotees. Each translation is paired with a short essay that explains the goddess’s historical and social context, elucidating the ways religion adapts to changing times.

Michael Slouber is Associate Professor of South Asian Studies at Western Washington University and the author of Early Tantric Medicine.

"An outstanding introduction to goddess traditions across South and Southeast Asia. Its careful translations of diverse sources bring the myths and practices of goddess traditions directly to the reader. There is no other work like it."—Richard S. Weiss, author of The Emergence of Modern Hinduism: Religion on the Margins of Colonialism

"The carefully researched essays in this volume help us gain new insights into local goddess traditions in South Asia. The primary sources translated into English for the first time greatly enhance the value of this book. I highly recommend it for use in undergraduate courses."—Gudrun Bühnemann, author of The Iconography of Hindu Tantric Deities