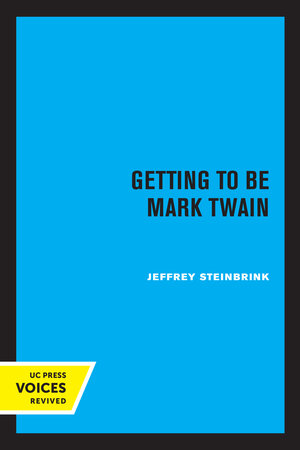 Getting to be Mark Twain

Mark Twain is one of our most accessible cultural icons, a figure familiar to virtually every American and renowned internationally. But he was not always as we know him today. Mark Twain began life as a loose gathering of postures, attitudes, and voices in the mind of Samuel Clemens. It was some time before he took full possession of the personality the world now recognizes.

This is the story of the coming of age of Mark Twain. It begins in 1867, with Clemens stepping off the steamship Quaker City and almost immediately declaring himself "in a fidget to move." It comes to a close in 1871, with Clemens settling in Hartford. Mark Twain was substantially formed during the intervening years, as Clemens came East, gained fame and fortune with the publication of Innocents Abroad, courted and married Olivia Langdon, and established himself as a professional writer. Each of these steps represented a profound change in the former Wild Humorist of the Pacific Slope as he sifted through the elements in his personality and began to assume the qualities we now associate with him. The tale that unfolds here shows how, through that process, the Mark Twain of the late 1860s became the Mark Twain of all time.

Jeffrey Steinbrink is Associate Professor and Chair of the Department of English at Franklin and Marshall College. 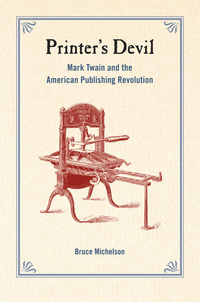