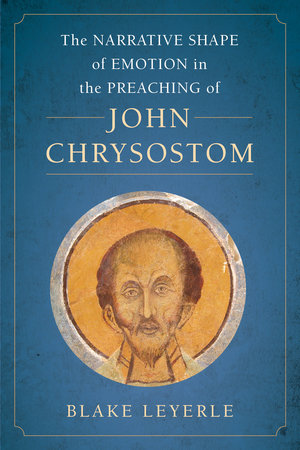 John Chrysostom remains, along with Augustine, one of the most prolific witnesses to the world of late antiquity. As priest of Antioch and bishop of Constantinople, he earned his reputation as an extraordinary preacher.

In this first unified study of emotions in Chrysostom’s writings, Blake Leyerle examines the fourth-century preacher’s understanding of anger, grief, and fear. These difficult emotions, she argues, were central to Chrysostom’s program of ethical formation and were taught primarily through narrative means. In recounting the tales of scripture, Chrysostom consistently draws attention to the emotional tenor of these stories, highlighting biblical characters’ moods, discussing their rational underpinnings, and tracing the outcomes of their reactions. By showing how assiduously Chrysostom aimed not only to allay but also to arouse strong feelings in his audiences to combat humanity’s indifference and to inculcate zeal, Leyerle provides a fascinating portrait of late antiquity’s foremost preacher.

Acknowledgments
Introduction. The Narrative Shape of Emotion
Chrysostom's Program
Plan of the Study