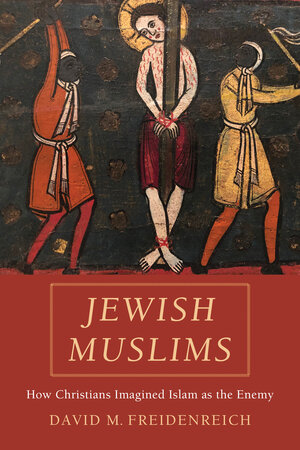 Jewish Muslims How Christians Imagined Islam as the Enemy

Uncovering the hidden history of Islamophobia and its surprising connections to the long-standing hatred of Jews.

Hatred of Jews and hatred of Muslims have been intertwined in Christian thought since the rise of Islam. In Jewish Muslims, David M. Freidenreich explores the history of this complex, perplexing, and emotionally fraught phenomenon. He makes the compelling case that, then and now, hate-mongers target "them" in an effort to define "us."

Analyzing anti-Muslim sentiment in texts and images produced across Europe and the Middle East over a thousand years, the author shows how Christians intentionally distorted reality by alleging that Muslims were just like Jews. They did so not only to justify assaults against Muslims on theological grounds but also to motivate fellow believers to live as "good" Christians. The disdain premodern polemicists expressed for Islam and Judaism was never really about these religions. Rather, they sought to promote their own visions of Christianity—a dynamic that similarly animates portrayals of Muslims and Jews today.

David M. Freidenreich is Pulver Family Professor of Jewish Studies at Colby College and author of Foreigners and Their Food: Constructing Otherness in Jewish, Christian, and Islamic Law.

"Christian attitudes toward Islam have deep historical roots, and among the deepest of those roots is Christian thinking about Judaism. David Freidenreich's incisive and learned book explores the long history of this relationship between Judaism and Islam in Christian thought, illuminating an enduring and powerful intersectionality that continues to shape our world."—David Nirenberg, author of Anti-Judaism: The Western Tradition 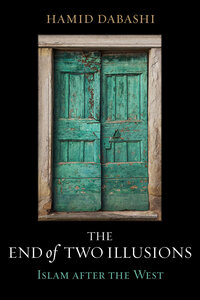 The End of Two Illusions