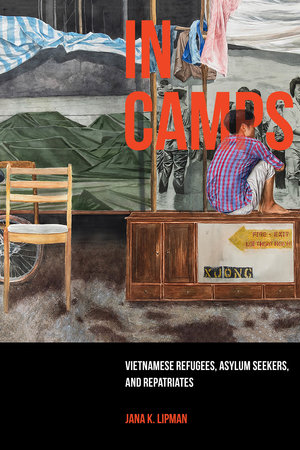 "A major contribution to refugee history. In Camps offers a clearly written and carefully contextualized account of the encounters and interactions between the various elements in the international refugee regime: government authorities, intergovernmental organizations, non-governmental organizations, and refugees themselves. This book will also be of considerable value to teachers and researchers interested in contemporary human rights issues in relation to the treatment of refugees, as well as to anyone seeking a fresh perspective on the history of Southeast Asia."—Middle Ground Journal

"Makes an essential contribution to understanding the politics of refugee status determination and protection during the Vietnamese refugee crisis between 1975 and 2005. I recommend it as a well-researched, engaging and informative read."—Singapore Journal of Tropical Geography

“Through microhistories that examine the inner politics of camps in Guam, Malaysia, the Philippines and Hong Kong, Lipman captures the vibrant—and at times conflicting—advocacy that occurred regarding the fate of millions of Vietnamese, and the domestic politics that intersected with their refugee claims.”—Mekong Review

In this rigorously researched and crisply written book, Jana K. Lipman grapples with some of the most vexing questions of the twentieth and twenty-first centuries. In Camps elucidates how actors in specific local contexts—particularly in the camps and countries of Southeast Asia that held Vietnamese people forced from home following the US-Vietnam War—deployed, interpreted, and challenged global forces of human rights regimes, enduring legacies of colonialism, and war’s afterlife in the shifting geopolitical conditions of the Cold War and its end. It tells a crucial history we must remember in this era marked by the unprecedented numbers of migrants forced to move across ever more securitized borders."—A. Naomi Paik, author of Bans, Walls, Raids, Sanctuary: Understanding U.S. Immigration for the Twenty-First Century