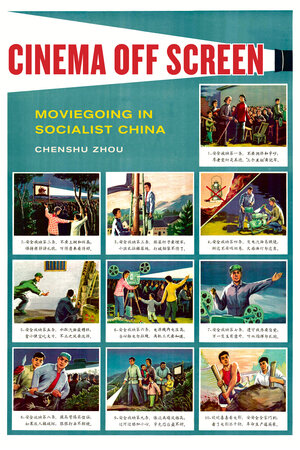 At a time when what it means to watch movies keeps changing, this book offers a case study that rethinks the institutional, ideological, and cultural role of film exhibition, demonstrating that film exhibition can produce meaning in itself apart from the films being shown. Cinema Off Screen elaborates on the idea that cinema takes place off screen as much as on screen by exploring film exhibition in China from the founding of the People’s Republic in 1949 to the end of the Cold War in the early 1990s. Drawing on original archival research, interviews, and audience recollections, Cinema Off Screen decenters the filmic text and offers a study of institutional operations and lived experiences. Chenshu Zhou details how the screening space, media technology, and the human body mediate encounters with cinema in ways that have not been fully recognized, opening new conceptual avenues for rethinking the ever-changing institution of cinema.

Chenshu Zhou is Assistant Professor of Cinema Studies at the University of Pennsylvania.