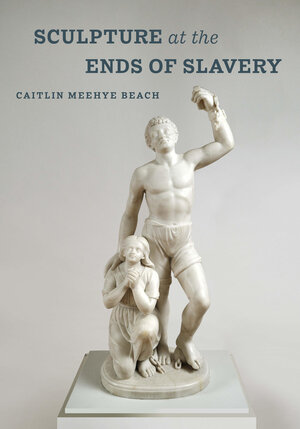 Sculpture at the Ends of Slavery

From abolitionist medallions to statues of bondspeople bearing broken chains, sculpture gave visual and material form to narratives about the end of slavery in the eighteenth and nineteenth centuries. Sculpture at the Ends of Slavery sheds light on the complex—and at times contradictory—place of such works as they moved through a world contoured both by the devastating economy of enslavement and by international abolitionist campaigns. By examining matters of making, circulation, display, and reception, Caitlin Meehye Beach argues that sculpture stood as a highly visible but deeply unstable site from which to interrogate the politics of slavery. With focus on works by Josiah Wedgwood, Hiram Powers, Edmonia Lewis, John Bell, and Francesco Pezzicar, Beach uncovers both the radical possibilities and the conflicting limitations of art in the pursuit of justice in racial capitalism's wake.

"A wonderfully written book exploring the creation and circulation of iconic antislavery images. Beach reveals the climate surrounding the production and popularity of sculptures like Forever Free and Abolition of Slavery while bringing the canon of art history to contend with interdisciplinary scholarship about Blackness and racial capitalism. Revelatory and teachable, this book uncovers a long history of art making in the fight for racial justice."—Jasmine Cobb, author of Picture Freedom: Remaking Black Visuality in the Early Nineteenth Century

"Sculpture at the Ends of Slavery takes a refreshingly expansive approach to sculpture as global commodification of Black bodies. Drawing from an impressive array of art-historical, theoretical, and political sources, it forges salient insights into the complexities of sculpture’s engagement in the fractured rhetoric of slavery and abolition in the nineteenth century."—James Smalls, Professor of Visual Arts, University of Maryland, Baltimore County

Introduction. “Within a Few Steps of the Spot”: Art in an Age of Racial Capitalism

1. Grasping Images: Antislavery and the Sculptural
2. “The Mute Language of the Marble”: Slavery and Hiram Powers’s The Greek Slave
3. Sentiment, Manufactured: John Bell and the Abolitionist Image under Empire
4. Relief Work: Edmonia Lewis and the Poetics of Plaster
5. Between Liberty and Emancipation: Francesco Pezzicar’s The Abolition of Slavery
Coda. “Sculptured Dream of Liberty”