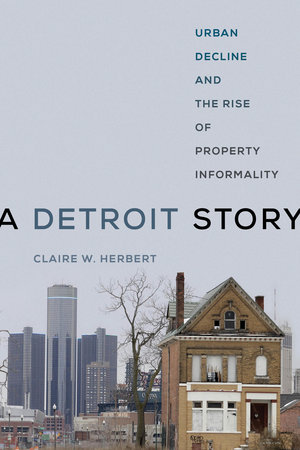 "An exceptional piece of urban ethnography. . . . While one might be tempted to situate such a countermovement in the gentrification literature, Herbert’s work insists on a more complex interpretation, one that could extend the immense amount she has already taught us about property relations under duress."


"This is an evocative work that I can imagine being adopted for classes as well as publicly discussed and debated."—Judy Tzu-Chun Wu, Director of the Humanities Center, University of California, Irvine

"A Detroit Story will be an important contribution to urban literature and scholarship on shrinking cities." —Renia Ehrenfeucht, Professor of Community and Regional Planning, The University of New Mexico