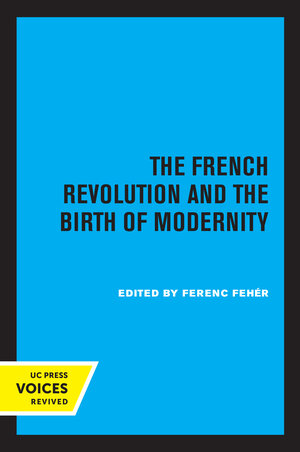 The French Revolution and the Birth of Modernity

Written from widely different perspectives, these essays characterize the Great Revolution as the dawn of the modern age, the grand narrative of modernity. The scope of issues under scrutiny is extremely broad, ranging from the analyses of the hotly debated class character of 1789 and the problem of the nation state to the “Cult of the Supreme Being,” the emancipation of the Jews, and the cultural heritage of the Revolution.