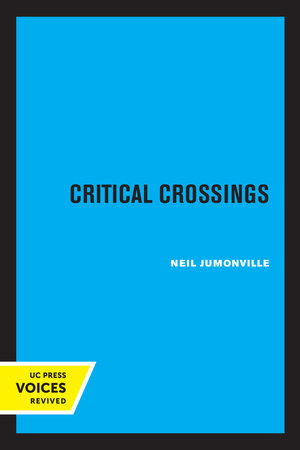 The period immediately following the Second World War was a time, observed Randall Jarrell, when many American writers looked to the art of criticism as the representative act of the intellectual. Rethinking this interval in our culture, Neil Jumonville focuses on the group of writers and thinkers who founded, edited, and wrote for some of the most influential magazines in the country, including Partisan Review, Politics, Commentary, and Dissent. In their rejection of ideological, visionary, and romantic outlooks, reviewers and essayists such as Sidney Hook, Irving Howe, Lionel Trilling, Harold Rosenberg, and Daniel Bell adopted a pragmatic criticism that had a profound influence on the American intellectual community. By placing pragmatism at the center of intellectual activity, the New York Critics crossed from large belief systems to more tentative answers in the hope of redefining the proper function of the intellectual in the new postwar world.

Because members of the New York group always valued being intellectuals more than being political leftists, they adopted a cultural elitism that opposed mass culture. Ready to combat any form of absolutist thought, they found themselves pitted against a series of antagonists, from the 1930s to the present, whom they considered insufficiently rational and analytical to be good intellectuals: the Communists and their sympathizers, the Beat writers, and the New Left. Jumonville tells the story of some of the paradoxes and dilemmas that confront all intellectuals. In this sense the book is as much about what it means to be an intellectual as it is about a specific group of thinkers.

Neil Jumonville received his Ph.D. in the History of American Civilization at Harvard. He now teaches in the history department at Florida State University.

"I did not think it was possible to say something new about the New York intellectuals. I was wrong. Jumonville takes a unique approach: he shows why their ideas mattered—and still do. This book rekindles one's faith in the intellectual enterprise."—Alan Wolfe, author of Whose Keeper?

"So much has been written on the New York intellectuals they may someday attain the historiographical status of Perry Miller's Puritans and F. O. Matthiessen's Transcendentalists. Jumonville's excellent book demonstrates why the subject deserves fresh study. . . . Rises above ideological rancor to achieve empathy and thoughtful, judicious reflection."—John Patrick Diggins, author of The American Left in the Twentieth Century 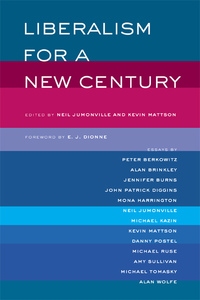 Liberalism for a New Century