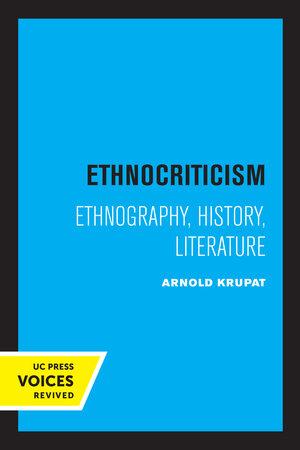 Ethnocriticism moves cultural critique to the boundaries that exist between cultures. The boundary traversed in Krupat's dexterous new book is the contested line between native and mainstream American literatures and cultures.

For over a century the discourses of ethnography, history, and literature have sought to represent the Indian in America. Krupat considers all these discourses and the ways in which Indians have attempted to "write back," producing an oppositional—or at least a parallel—discourse.

Arnold Krupat is a member of the Literature Faculty at Sarah Lawrence College. Several earlier books—The Voice in the Margin (1989), Recovering the Word (edited with Brian Swann; 1987), and For Those Who Come After (1985)—are available from the University of California Press.

"[Krupat shows] that American Indian Literature is a field where all the intellectual issues, social values and questions . . . can be brought to bear."—Carter Revard, Washington University

"Krupat . . . [brings] a remarkable range of scholarship to bear on his subjects. He knows the current literary criticism, the Indian literature, and the anthropology."—H. David Brumble, University of Pittsburgh 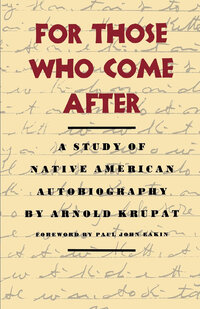 For Those Who Come After 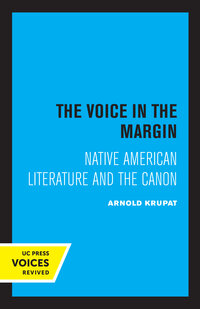 The Voice in the Margin