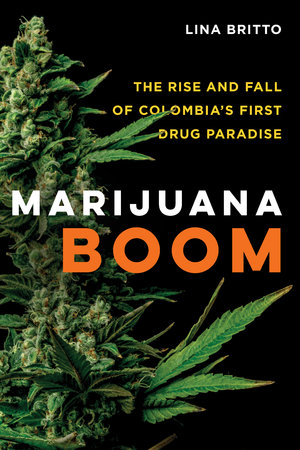 Before Colombia became one of the world’s largest producers of cocaine in the 1980s, traffickers from the Caribbean coast partnered with American buyers in the 1970s to make the South American country the main supplier of marijuana for a booming US drug market, fueled by the US hippie counterculture. How did Colombia become central to the creation of an international drug trafficking circuit? Marijuana Boom is the story of this forgotten history. Combining deep archival research with unprecedented oral history, Lina Britto deciphers a puzzle: Why did the Colombian coffee republic, a model of Latin American representative democracy and economic modernization, transform into a drug paradise, and at what cost?

Recommended Weed Reads on the Politics and Policies Around Marijuana

For the 2021 American Anthropological Association meeting, we’re proud to share a list of recent award-winning Anthropology authors. Please join us in celebrating these scholars by sharing the news! Salih Can Aciksoz …

Lina Britto is Assistant Professor of History at Northwestern University.

"Marijuana Boom is an important book that foregrounds a regional history eclipsed by the subsequent cocaine industry that ‘car-bombed’ Colombia. . . . It approaches this history from multiple thematic angles and diverse geographies of power, with the help of diverse archival sources, newspapers, and interviews."

"This highly readable book will impress scholars across a range of subjects and deserves serious consideration for classroom adoption for courses on drugs, US-Latin American relations, and development and modernization."

"Marijuana Boom is a rich addition to the historiography of the Colombian drug trade, and Britto skilfully avoids the dangers that can arise when an argument incorporates oral histories. The passage of time can produce distortions, which is why archival research tends to dominate in the academic world. Marijuana Boom demonstrates the value in supplementing thorough archival research with the collection and analysis of oral histories."

"A significant accomplishment. . . . Britto writes with a journalistic flair that will make her book accessible to undergraduate and graduate students, their professors, and the public at large."—Revista de Estudios Colombianos

"Lina Britto’s Marijuana Boom is a stunning history of transitions and dependencies, from one drug to another: coffee, pot, and cocaine. Britto synthesizes a number of scholarly approaches––including commodity and cultural studies and social, economic, and diplomatic history––to present a work far more valuable than the sum of its methods. Connecting the Andean highlands to the greater Caribbean and then outward to the United States, Marijuana Boom reveals how the seeds, so to speak, of today’s narco hellscape were first sown during an earlier, seemingly more edenic moment. A tour de force."––Greg Grandin, Professor of History, Yale University and author of The End of the Myth

"Drawing on rich interviews and archival sources from Colombia and the US, Britto gives us a fascinating new interpretation of the social, cultural and political history of the marijuana economy on Colombia’s Caribbean coast from the 1960s to the 1980s. She elucidates how agricultural development and national integration policies contributed to the birth of the illicit economy; the social organization, cultural practices, and masculine honor codes of local traffickers during the boom; and the inception of the War on Drugs, which she holds responsible for the intense violence of the bust period. Compelling and enlightening, the book sets the marijuana experience in the Colombian national and regional contexts, it challenges the myth that the United States created the marijuana industry, and it helps make sense of the cocaine boom that followed. A major contribution to the new drug history of the Americas by a Latin American historian with family roots in the marijuana zone. ––Catherine C. LeGrand, author of Frontier Expansion and Peasant Protest in Colombia, 1850-1936

"This fascinating, up-close history of one of Colombia’s lesser known regions provides a human, often intimate counter to one of the dominant narratives in scholarly and popular understandings of Colombia. Rather than attributing Colombia’s marijuana boom of the 1970s to the weakness or absence of the Colombian state, Lina Britto convincingly demonstrates how midcentury state-led development programs generated new dynamics of exclusion and reinforced older social and economic forms, all of which culminated in the bonanza marimbera."––Robert A. Karl, author of Forgotten Peace: Reform, Violence, and the Making of Contemporary Colombia

"This book offers an unprecedented historical reconstruction of Colombia’s marijuana export boom, an account that is nuanced and engaging, analytically sharp, and unprecedented in its archival and oral historical depth. Pulling together labor history, social and cultural history, and international political economy, it reveals the crucial connections between local farmers and distant consumers, legal crops and illegal ones, regional elites and international development, and state power and spiraling violence."––Lara Putnam, author, Radical Moves: Caribbean Migrants and the Politics of Race in the Jazz Age

5 • Two Peninsulas: Narcotics Diplomacy and the War on Drugs
6 • Reign of Terror: Criminalization and Violence
Conclusions: A Remembered History