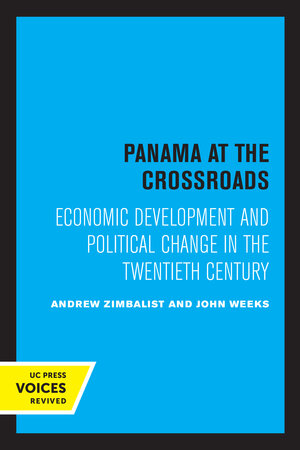 In December 1989, the United States invaded Panama, deposed its government, and established another in its place. While this act of violent intervention brought Panama to public attention, the justifications for it obscured the underlying instabilities that have plagued the country throughout its history. Although a stated purpose of the invasion was to remove one man, Manuel Noriega, from power, Panama at the Crossroads demonstrates that the crisis sweeping Panama in the late 1980s was not caused by one man, but in fact derived from the history of U.S. domination and the nature of Panamanian society itself.

Panama is located at a crucial geographic crossroads, a fact that has greatly influenced the country's history since the sixteenth century. Labor scarcity and inhospitable terrain, joined with its location, contributed to the mercantile orientation of Panama's economy. Accordingly, the country's politics and economics have been consistently dominated by foreign trading interests, first from Spain, then Colombia and the United States.

Now in the 1990s, Panama stands at a historical and economic crossroads, and according to Zimbalist and Weeks its traditional entrepôt institutions are no longer able to promote and sustain growth. Before building the basis for long-term economic expansion, Panama must first undo the devastating economic and political damage engendered by nearly three years of U.S. economic sanctions and the U.S. invasion.

In this timely book, Zimbalist and Weeks document the origins and characteristics of this crossroads. Their analysis points the way to a more encompassing and equitable strategy for Panama's economic development.