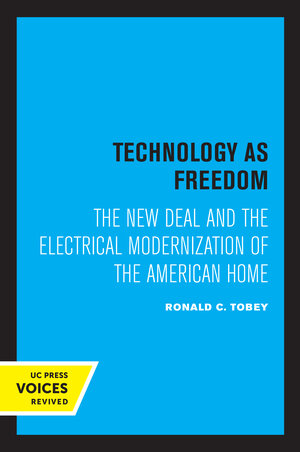 Ronald C. Tobey is Professor of History at the University of California, Riverside.

"Technology as Freedom successfully bridges the gaps between business history, political history, social history, and the history of technology and helps restore the central place of state action in the mid-century transformations of American life."—Bruce Schulman, Boston University