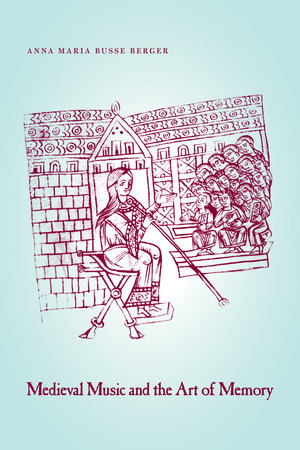 This bold challenge to conventional notions about medieval music disputes the assumption of pure literacy and replaces it with a more complex picture of a world in which literacy and orality interacted. Asking such fundamental questions as how singers managed to memorize such an enormous amount of music and how music composed in the mind rather than in writing affected musical style, Anna Maria Busse Berger explores the impact of the art of memory on the composition and transmission of medieval music. Her fresh, innovative study shows that although writing allowed composers to work out pieces in the mind, it did not make memorization redundant but allowed for new ways to commit material to memory.

Since some of the polyphonic music from the twelfth century and later was written down, scholars have long assumed that it was all composed and transmitted in written form. Our understanding of medieval music has been profoundly shaped by German philologists from the beginning of the last century who approached medieval music as if it were no different from music of the nineteenth century. But Medieval Music and the Art of Memory deftly demonstrates that the fact that a piece was written down does not necessarily mean that it was conceived and transmitted in writing. Busse Berger's new model, one that emphasizes the interplay of literate and oral composition and transmission, deepens and enriches current understandings of medieval music and opens the field for fresh interpretations.

This Fall season we are pleased to be publishing paperback editions of three award-winning classic texts from leading scholars in the field, including explorations of Medieval literacy, 20th-century German opera, and choral …

Anna Maria Busse Berger is Professor of Music at the University of California, Davis where she specializes in Medieval and Renaissance history and theory. She is the author of Mensuration and Proportion Signs: Origins and Evolution. First published in 2005, this book went on to win the ASCAP Deems Taylor Award and the Wallace Berry Award from the Society of Music Theory.

“[an] important and provocative study of medieval music.”—Early Music History

“[Berger] leads the way for others in the discipline to question long-held assumptions and query historical prejudices that may still operate today. Her uncovering of the complicated relationships between orality and literacy in music has far-ranging implications for later periods.”—H-Net Reviews

“Groundbreaking in its scope, depth, and thoroughness.”—Journal of the American Musicological Society

“[Berger’s] bibliography is a useful source for later scholarship, from the tenth century onwards, and with her fluent narrative and appropriate diagrams and medieval musicology, that rivals works by Mary Carruthers on medieval literature.”—Journal of the Australian Early Medieval Association

“If you are looking for intellectual stimulation of interdisciplinary nature, you will find here one of the most stimulating books of the last years."—Philomusica

“Medieval Music and the Art of Memory is clearly an important work. Its reconsideration of entrenched assumptions in the scholarly literature will likely provoke intense discussion. . . .This book deserves the close attention of anyone interested in medieval music. It will also deepen and fortify the growing body of work on memory in other disciplines.”—Speculum: A Journal of Medieval Studies

“Anna Maria Busse Berger's important new book is the first sustained response to the role of memory in the learning, transmission and composition of medieval music. . . .This is an important book that will challenge perceptions and suppositions that still dominate medieval music history.”—The Musical Times

"It is extremely rare to find first-rate traditional mastery and a first-rate speculative imagination combined in a single scholar. Professor Busse Berger is that rarity. Medieval Music has a narrative that flows with compelling assurance and conviction. This book will rock medieval musicology to its foundations, and permit the erection of a much firmer, more interesting, and more realistic structure to take the place of the old. "—Richard Taruskin, author of Oxford History of Western Music

"This complex and stimulating book is notably rich in its interdisciplinarity. Rather than remaining trammeled by a false dichotomy between the oral and the written, Berger takes the lead with Mary Carruthers and others to probe provocative questions of memory, memorization, and mnemonics. The best, and most appropriate, single word to describe Medieval Music and the Art of Memory is 'unforgettable.'"—Jan Ziolkowski, coeditor, with Mary Carruthers, of The Medieval Craft of Memory and editor of Dag Norberg's An Introduction to the Study of Medieval Latin Versification