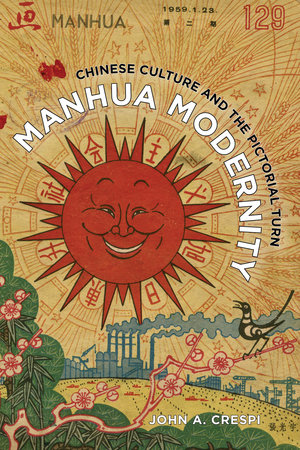 From fashion sketches of smartly dressed Shanghai dandies in the 1920s, to multipanel drawings of refugee urbanites during the war against Japan, to panoramic pictures of anti-American propaganda rallies in the early 1950s, the polymorphic cartoon-style art known as manhua helped define China’s modern experience. Manhua Modernity offers a richly illustrated, deeply contextualized analysis of these illustrations across the lively pages of popular pictorial magazines that entertained, informed, and mobilized a nation through a half century of political and cultural transformation. In this compelling media history, John Crespi argues that manhua must be understood in the context of the pictorial magazines that hosted them, and in turn these magazines must be seen as important mediators of the modern urban experience. Even as times changed—from interwar-era consumerism to war-time mobilization to Mao-style propaganda—the art form adapted to stay on the cutting edge of both politics and style.

John Crespi is an Associate Professor of Chinese and Asian Studies in the Department of East Asian Languages and Literatures at Colgate University. He is the author of Voices in Revolution: Poetry and the Auditory Imagination in Modern China