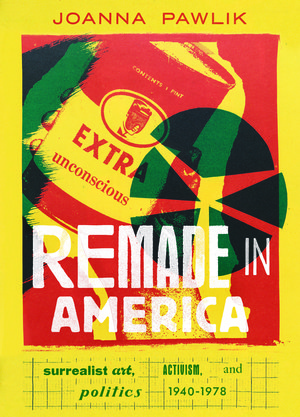 It is often assumed that surrealism did not survive beyond the Second World War and that it struggled to take root in America. This book challenges both assumptions, arguing that some of the most innovative responses to surrealism in the postwar years took place not in Europe or the gallery but in the United States, where artistic and activist communities repurposed the movement for their own ends. Far from moribund, surrealism became a form of political protest implicated in broader social and cultural developments, such as the Black Arts movement, the counterculture, the New Left, and the gay liberation movement. From Ted Joans to Marie Wilson, artists mobilized surrealism’s defining interests in desire and madness, the everyday and the marginalized, to craft new identities that disrupted gender, sexual, and racial norms. Remade in America ultimately shows that what began as a challenge to church, family, and state in interwar Paris was invoked and rehabilitated to diagnose and breach inequalities in postwar America.

In this edition of our UC Press Editor Spotlight Series, we sat down with Art History Editor Archna Patel to discuss her vision for our Art list, how she’s supporting and responding …

Joanna Pawlik is Lecturer in Art History at the University of Sussex and has published widely on surrealism and American art and culture.

"??Remade in America reveals what the protesters at the 1968 MoMA exhibition knew well—that Surrealism’s potency lay in its ability to evolve, in its very refusal to be history, giving shape to a far more multidimensional picture of the diversity of American art."—Journal of the Association of Historians for Art

"Pawlik’s central and novel insight is that the reception and subsequent remaking of Surrealism along queer and non-white lines, among other marginalized identities, is predicated upon the perception of its minoritarianism. Also key is the view that Surrealism was alive and well after 1940, indeed that it flourished in several locations around the globe, and that these iterations (not mere afterlives) of the movement deserve careful, situated, and context-sensitive consideration on their own creative merits."—CAA Reviews

"Joanna Pawlik has brilliantly reframed the Beat generation we thought we all knew with this unprecedented account of surrealism’s reverberations in California. Remade in America displaces the exhausted idea of 'influence' with an account of active, context-bound reinvention, offering a fresh picture of surrealism along with an intriguing new underpinning for the politics of hipster psychedelia."—Susan Laxton, author of Surrealism at Play


"This is the book I've long been waiting for. Remade in America presents an American surrealism reinvented and embodied by queer, Black, feminist, and other radical thinkers and artists, rather than the sanctified modernism featured in art museums. Meticulously researched and mellifluously written, Pawlik's study provides a powerful and invaluable retelling of developments in experimental art, writing, and political thought in the United States."—Jonathan P. Eburne, Professor of Comparative Literature, Pennsylvania State University
Read More >