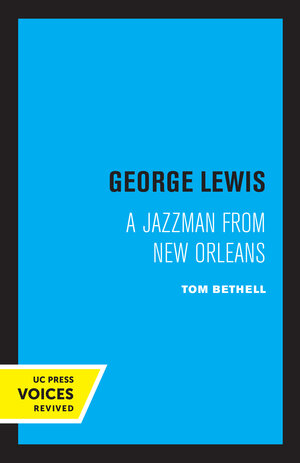 George Lewis, one of the great traditional jazz clarinetists, was born in 1900 at about the same time that jazz itself first appeared in New Orleans. And by the time he died, on the last day of 1968, New Orleans jazz had pretty much run its course, too. By then a jazz museum stood on Bourbon Street, and a cultural center was under construction where Globe Hall had Stood. Lewis's life thus paralleled that of New Orleans jazz, and in his later years hew as the best known standard bearer of his city's music. He came to the attention of the jazz world at the time of the so-called "New Orleans Revival" of the 1940's, when veteran trumpeter Bunk Johnson was recorded by a number of jazz enthusiasts, notably William Russell. In this new biography, Tom Bethell challenges a favorite myth of the history of jazz: that the music became moribund in New Orleans after the legal red light district, Storyville, was closed in 1917, resulting in most jazz musicians going "up the river." In fact, Bethell shows, many more jazzmen stayed in the city than left, and the musical style continued to develop and grow. Thus the jazz fans who arrived in the city in the early 1940's did not encounter a "revival" of an old style so much as an ongoing tradition, with clarinetists like Lewis having been influenced by Benny Goodman and the Swing Era in addition to Lorenzo Tio and the Creole School. After Bunk Johnson's death in 1949, at a time when many other social changes were beginning to be felt in the city, the New Orleans jazz tradition began to go into a decline. It became increasingly rigid and repetitive, and was often designed to please what one observer called "Dixieland fans yelling for their favorite members." The book is based on lengthy research in New Orleans, including interviews with George Lewis shortly before his death, and unpublished material from the diaries kept by William Russell on his visits to New Orleans between 1942 and 1949. It also includes a statement by Lewis on jazz and the best way to play it and a complete Lewis discography. This title is part of UC Press's Voices Revived program, which commemorates University of California Press's mission to seek out and cultivate the brightest minds and give them voice, reach, and impact. Drawing on a backlist dating to 1893, Voices Revived makes high-quality, peer-reviewed scholarship accessible once again using print-on-demand technology. This title was originally published in 1977.

At the time of original publication, Tom Bethell was a Washington Editor of Harper's magazine. 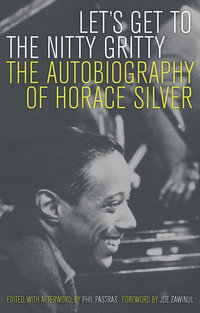