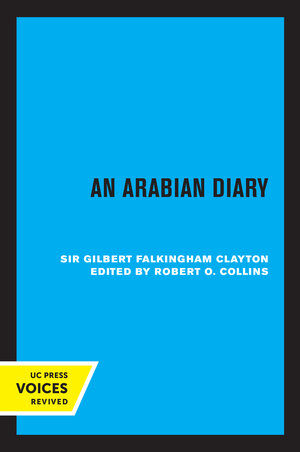 This personal diary of six months of diplomacy and travel in Arabia represents and impressive document to the quiet ability and resourcefulness of one of Great Britain's leading officials in the Middle East in the 1920's. The sudden expansion of the Arabian Sultanate of Najd under the leadership of 'Abd-al-'Aziz ibn Sa'ud after the First World War presented a clear danger to British interests in the Middle East and threatened the strategically important Arabian corridor to India. To resolve this project the British government selected Sir Gilbert Clayton as their envoy to negotiate a settlement of differences and to determine the frontier between Saudi Arabia and the British Mandates of Trans-Jordan and Iraq. Sir Gilbert Falkingham Clayton (1875-1929) was a quiet, able soldier, administrator, and diplomat who had come out to eh Middle East during the reconquest of the Sudan and remained as a political officer in theSudan service, secretary to the Governor-General of the Sudan, Sir Reginald Wingate, and finally the Sudan agent at Cairo. At the outbreak of the First World War, Clayton served as the director of Military Intelligence an forged that remarkable intelligence team which included among others Leonard Woolley, George Lloyd, and T.E. Lawrence. Experience and resourceful, Clayton was an obvious choice to travel to the tents of Iban Sa'ud where the autumn of 1925 he negotiated the Bahra and Hadda Agreements fixing the frontiers of Saudi Arabia with Trans-Jordan and Iraq and cementing friendship between Britain and Ibn Sa'ud. These results represent a brilliant triumph of personal diplomacy which protected British interests and inaugurated the lifelong friendship between Sir Gilbert and Ibn Sa'ud. The story of these negotiations and Sir Gilbert's subsequent mission to the Imam of Yemen as the first official representative of the British government to visit San'a' are told in this valuable historical diary. This title is part of UC Press's Voices Revived program, which commemorates University of California Press's mission to seek out and cultivate the brightest minds and give them voice, reach, and impact. Drawing on a backlist dating to 1893, Voices Revived makes high-quality, peer-reviewed scholarship accessible once again using print-on-demand technology. This title was originally published in 1969.

Robert O. Collins was a Professor of History and Director of the Center for the Study of Developing Nations at the University of California, Santa Barbara. He is the author of The Southern Sudan, 1883 - 1898 and King Leopold, England, and the Upper Nile, 1899 - 1909. 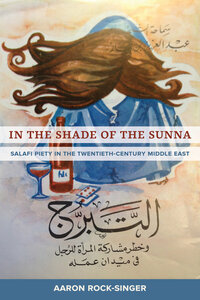